Youth Day of fun and entertainment 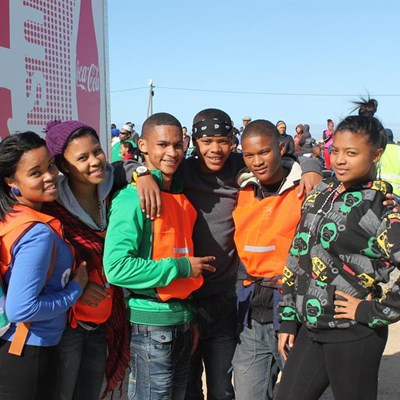 The Executive Mayor Charles Standers told the gathering that today we recall one of the most significant watershed events in the history of South Africa. “This was when the youth of the seventies decided that they had enough of a system that was degrading them. Their unwavering conviction that they could bring about a better South Africa for all that live in it was the driving force in 1976. As then the future is in your hands and within your ability to move our city, province and country forward.”

Standers acknowledged that after 20 years of democracy there are many challenges that still face the youth. “From the George Municipality’s side we have already entered into partnerships with our city’s youth. We have set up support systems to help you on your way to the future. The youth department is up and running and internships to assist those completing their tertiary studies are in place. Student bursaries and short courses to improve your skills are being conducted on an on-going basis.”

Council will soon launch the Youth Café, a one-stop hub that will serve as the conduit to the services, opportunities and support provided by the municipality and government departments as well as the private sector.

The crowd was entertained by various religious and cultural groups that sang, danced and performed on the temporary stage. The message was clear, no to drugs and no to gangsters. The traffic department, police dog unit, working on fire and the fire department showed the crowd what they can achieve. The Pacaltsdorp Police flexed its crowd control ability delivering a clear message not to interfere when they are conducting an operation. In the afternoon various sports events were held.