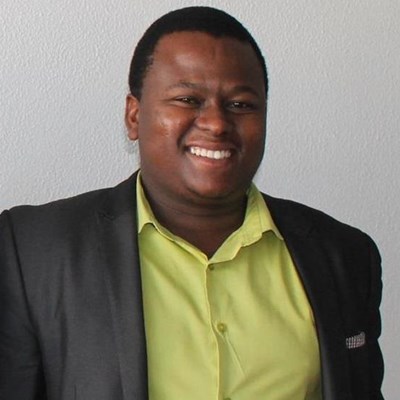 Regional Chairperson of the ANC Youth League Sifiso Mtsweni. Photo: Myron Rabinowitz
GEORGE NEWS - This year's Youth Day marks the 40th anniversary of the uprisings of the Soweto youth on 16 June 1976.
Initially known as Soweto Day among the supporters of the ANC, this day was officially made a public holiday after Nelson Mandela became president in 1994. It was renamed Youth Day by the new government to commemorate the role all youths played in overcoming the previous regime.
Celebrating Youth Day in Thembalethu
Both the ANC and the DA will host Youth Day celebrations in Thembalethu.
The DA plans a rally at the Thembalethu Stadium on Thursday, 16 June at 10:00. DA Events Organiser for the election, Mercia Draghoender expects about 1 000 youths and DA supporters at the event. "We want to motivate and energise our youth," said Draghoender.
Regional Chairperson of the ANC Youth League (ANCYL), Sifiso Mtsweni will address supporters and members of the ANCYL at 10:00 at Thembalethu High School.
"We expect about 2 000 people at the rally," said Mtsweni. "The event will commemorate the 40 years since the uprising in June 1976."
DA Events Coordinator for the election Mercia Draghoender. Photo: Michelle Pienaar
Read more in Thursday's George Herald, and online.
'We bring you the latest George, Garden Route news'