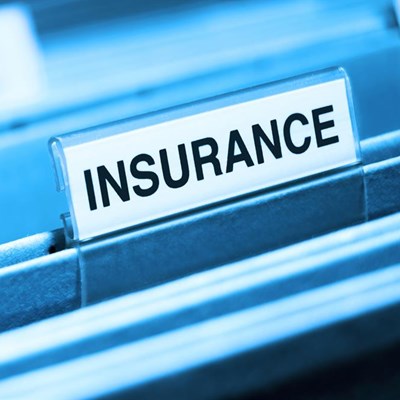 Generic image.
GEORGE NEWS - A retiree from Wilderness was shocked when her short-term insurance premium with 1st for Women was increased by a whopping 100%, only a year after she had switched from her previous insurance company.
Her decision was based on the more favourable rates offered by 1st for Women at the time, so she was furious at the adjustment to her premium.
The policy was instituted with a premium of about R900 per month, which was raised to over R1 800 this year.
After two complaints to 1st for Women, her premium was dropped twice, but was still 50% higher than last year.
"This is despite the fact that I had a claim-free year and my vehicles are all a year older. As a retiree living in Wilderness, which is not exactly the crime capital of South Africa, I was fuming," said the complainant who did not want to be named.
After she threatened to go to the ombudsman for short-term insurance and following an enquiry to 1st for Women by the George Herald, she received a call from 1st for Women's holding company, Telesure. The company agreed "that many pensioners can not cope with a 100% increase in premiums".
"My premium was reduced to an acceptable amount, on condition that I withdraw my complaint from the ombudsman. As the premium was now at what I considered to be fair, I accepted."
The assistant ombudsman, Ayanda Mazwi said the office of the short-term insurance ombudsman does not generally have jurisdiction over the insurer's underwriting criteria.
"This includes the insurance premium quoted. However, the Policyholder Protection Rules and the SA Insurance Association (SAIA) Code of Conduct have laid down guidelines on how insurance sales and transactions are to operate.
In case of a complaint, this office will assess whether the insurer has complied with these guidelines.
If the issues fall well outside of our jurisdiction, the matter is then referred to the appropriate office."
Robyn Farrell, executive head of 1st for Women Insurance, said that the majority of their customers received the standard annual premium increase. "However, some, including the complainant, received an above average increase due to the fact that we recently revised our risk rating methodology. Each customer's risk pertains to the specific items they are insuring as well as their personal risk profile."
Premium increases are also impacted by global and economic conditions and the performance of the local currency against global currencies.
With regard to the depreciation of the complainant's vehicles, she said the actual value of a vehicle is not the
major determinant of the insurance premium. Most of the premium goes towards covering the vehicle against accident-related damage, as a relatively low percentage of accident-damaged vehicles are actually written off.
"Fixing accident-damaged vehicles is a very costly affair. This cost will be substantially more this year than the same time last year, due to, for example, our currency depreciation."
Farryl said many vehicles on local roads are also imported, so spare replacement parts have to be imported, the cost of which has increased due to the escalating costs of petrol and transport.
She confirmed that 1st for Women updates its customers' vehicle value automatically on a monthly basis and premiums are calculated accordingly.
The complainant was relieved to have had an avenue to bargain for a better premium. She says: "Should anyone feel hugely ripped off by their insurance company, they must call the insurer and complain.
"And should that not work, the ombudsman and the threat of bad publicity seem to carry a lot of weight and justice can be achieved."
ARTICLE: ALIDA DE BEER, GEORGE HERALD JOURNALIST
'We bring you the latest George, Garden Route news'