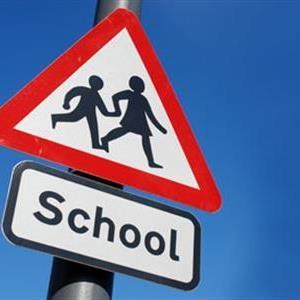 Generic image
GEORGE NEWS - The perception that the standard of education in the Western Cape is superior to that of the Eastern Cape results in an influx of pupils into the province. Millicent Merton, from the Western Cape Education Department, says this has an effect on educational infrastructure.
"At the beginning of the school term, the Eden Karoo District had to accommodate in excess of 200 new arrivals mainly in the George area."
To deal with the overcrowding, the district office has applied to the provincial office for mobile classrooms.
A senior official at the district office says as a long-term solution Zone 9 in Thembalethu needs a primary school and a third high school for the area is essential. "This will reduce the number of pupils that have to travel across the N2 every day because the Thembalethu schools are filled to capacity."
Merton says the department will continue to plan for expansion in the district, given the ongoing migration to the area.
A principal at one of the overcrowded schools told the George Herald they would not make the same mistake as before. "We used to accept all the Grade 1s leading to overfull classrooms where proper education is virtually impossible. This year we have drawn a line in the sand. Without the hands and infrastructure we simply can't deliver the quality demanded by the department."
The new Heatherlands High School, which is expected to open next year, will initially accommodate four groups of Grade 8s. The school will share premises with 'Die Bult' School in CJ Langenhoven Road.
A Blanco parent, whose child goes to George High School on the other side of town, says he hopes the department gets it right this time. "This year's abortive opening was characterised by a series of mistakes."
In September 2014 Florence Rhoxo, director of the Eden and Central Karoo District Office, confirmed that the new school should significantly reduce the pressure on George High School, which is the popular choice.
Click here for a previous article.
ARTICLE: MYRON RABINOWITZ, GEORGE HERALD JOURNALIST
'We bring you the latest George, Garden Route news'