The driver of a white Volkswagen Polo TSI was arrested for driving under the influence. Photos: Supplied

According to Sergeant Thembelani Kima from the Thembalethu police station, the 36-year-old suspect was arrested on the scene at approximately 19:30.

"Preliminary investigation at the scene revealed that two vehicles, a white Volkswagen Polo TSI and a white Nissan Almera, collided. The driver of the Almera was treated for injuries by the paramedics at the scene."

"Police arrested the other driver [driving the Polo] for driving under the influence of alcohol and reckless and negligent driving," Kima said.

The suspect is in custody and will appear in the Thembalethu Magistrate's Court tomorrow, Friday 21 August. 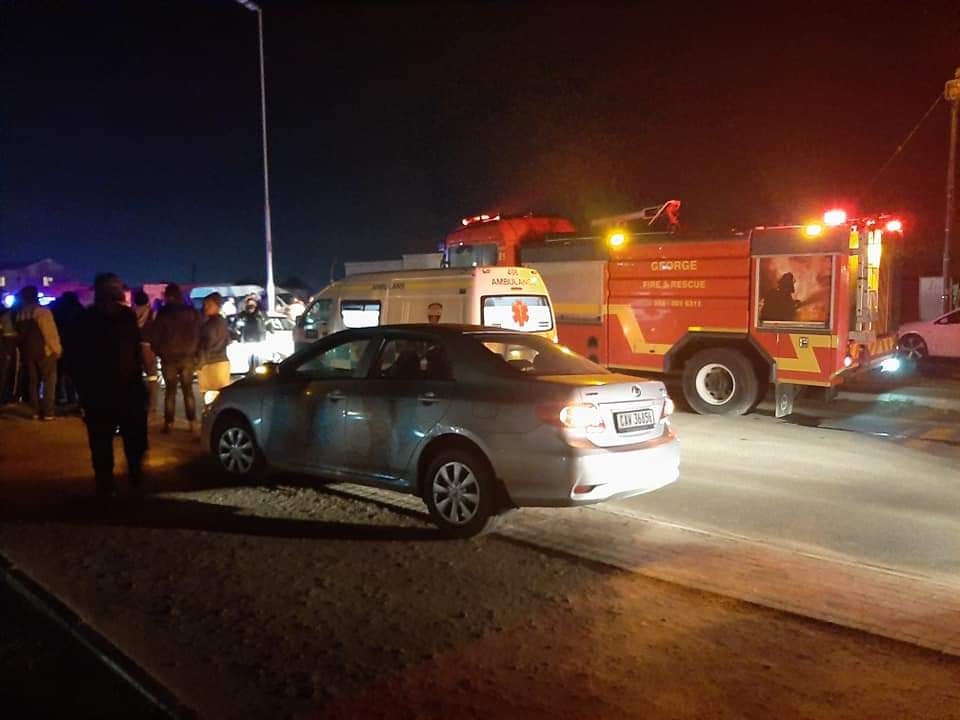 The driver of the Almera was treated for injuries on the scene.