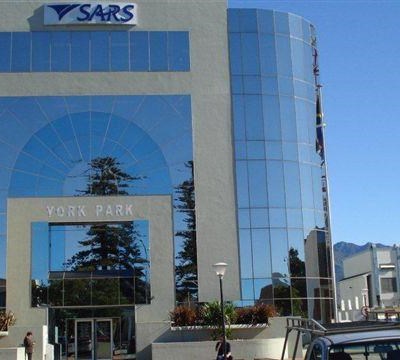 The Sars building in York Street
GEORGE NEWS - The tender process to provide office space for the local branch of the South African Revenue Services (Sars) has been cancelled, according to Sars Deputy Spokesperson Marika Muller.
Muller's only comment in response to questions from the George Herald was that the cancellation was published in the Government Tender Bulletin of 23 January and an invitation for new tenders will be published "shortly". She would not give reasons for the cancellation.
The York Park building where Sars is currently situated, was bought by the Western Cape Department of Transport and Public Works for R84-million in 2013 and all the provincial offices are to be relocated there over the next three years. Sars's lease expires at the end of July this year.
Tenders for office space were invited last year, but after the closing date of 22 April, the months went by without any decision being made and tenderers were left in suspense.
Two of the property owners who tendered said this week they were unaware of the cancellation and are still awaiting feedback from Sars. The other two said they found out only after enquiring recently with Sars as to the progress of the tender evaluation process.
The tenderers were André Fourie Properties, who has space on offer in the old Nedbank building in York Street; Harry Mann Square owner Carl Swart whose former tenant, Save-rite, moved out; Eden Meander developers La-ritza Investments, whose tender involved a new building on land at the back of the Garden Route Mall; and Fairview Park owner Greg Young, who would also have erected a new building for this purpose.
In its tender request, Sars indicated that it needed a minimum of 2 050m² "by no later than 1 February 2015" for a lease term of a minimum of five years. It states that an earlier date "will be advantageous" and "the preferred lease commencement" will be 1 November 2014 for soonest occupation or alternatively 1 June 2015 for latest occupation.
Harry Mann Square Centre Manager Fanie van Niekerk said tendering is expensive. "It cost us R14 000 to tender as we made use of the services of a consultant. Tendering again will have negative cost implications."
George Herald journalist Myron Rabinowitz reported last year that the delay in finalising the tender evaluation seemed to be as a result of political wrangling in the Sars head office which involved the appointment of Thomas Moyane as commissioner of Sars by President Zuma in September. Shortly after his appointment, the executive committee and several senior people, including Sars Deputy Commissioner Ivan Pillay, were suspended.
ARTICLE: ALIDA DE BEER, GEORGE HERALD JOURNALIST
'We bring you the latest George, Garden Route news'