Some of the protesters waiting in front of the George Civic Centre in the hope of speaking to the head of the electrotechnical department. Photo: Alida de Beer

GEORGE NEWS & VIDEO - About 100 shack residents from Zone 7 in Thembalethu are protesting in front of the George Municipality, demanding that two transformers be installed in their neighbourhood.

They say the electrotechnical department has promised them a transformer of their own, as they have been illegally connecting to an existing transformer that serves their neighbours living in brick houses.

According to a spokesperson who did not want to be named, this transformer burned the day before yesterday and they have been without electricity since then.

They are demanding two new transformers - one to replace the existing one that burned, and another to serve the shack community of 248 people. They say they were promised a transformer last year.

They are also upset because, they say, the municipality has failed to assist five families whose shacks burnt down three months ago. The families have not yet received building material to rebuild their shacks and have nowhere to stay, but have to rent.

Nobody from the municipality has yet spoken to the crowd, who had walked from Thembalethu. The protesters say they had not applied for approval for their protest march. 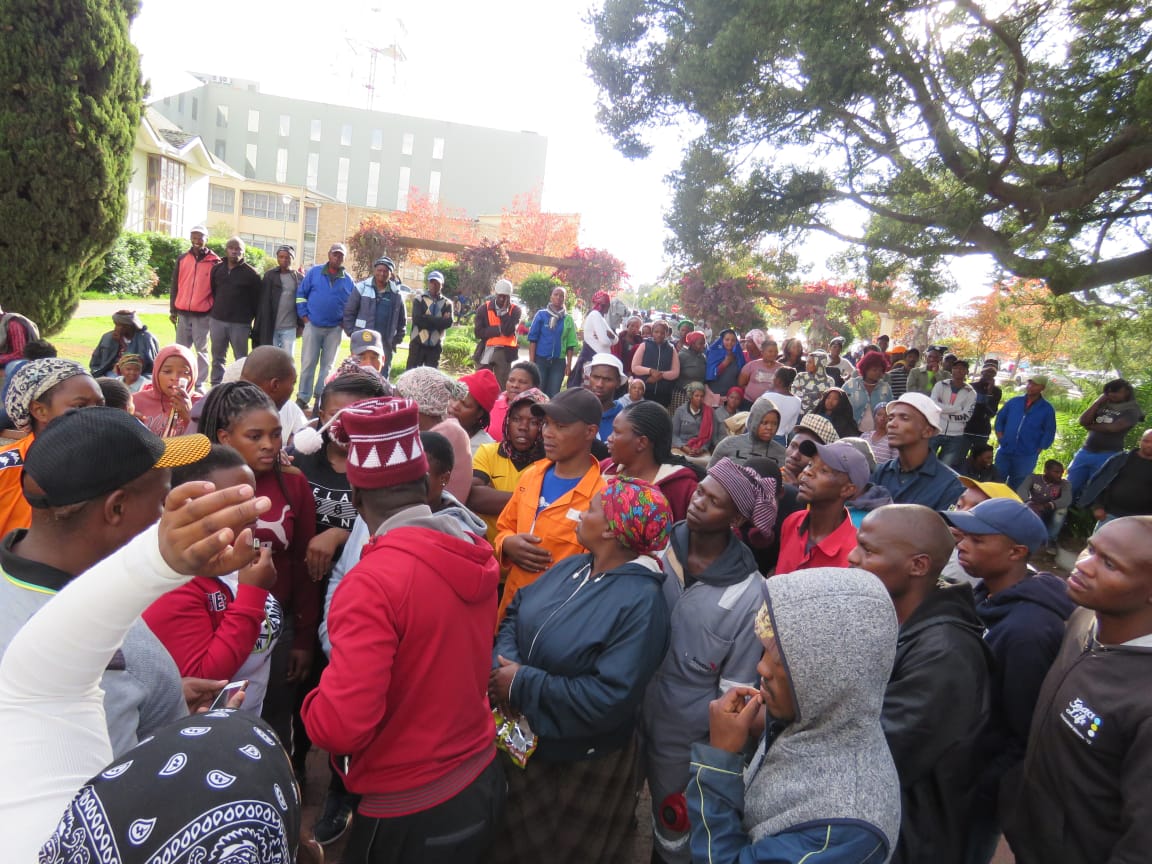 They are demanding two new transformers - one to replace the existing one that burned, and another to serve the shack community of 248 people. 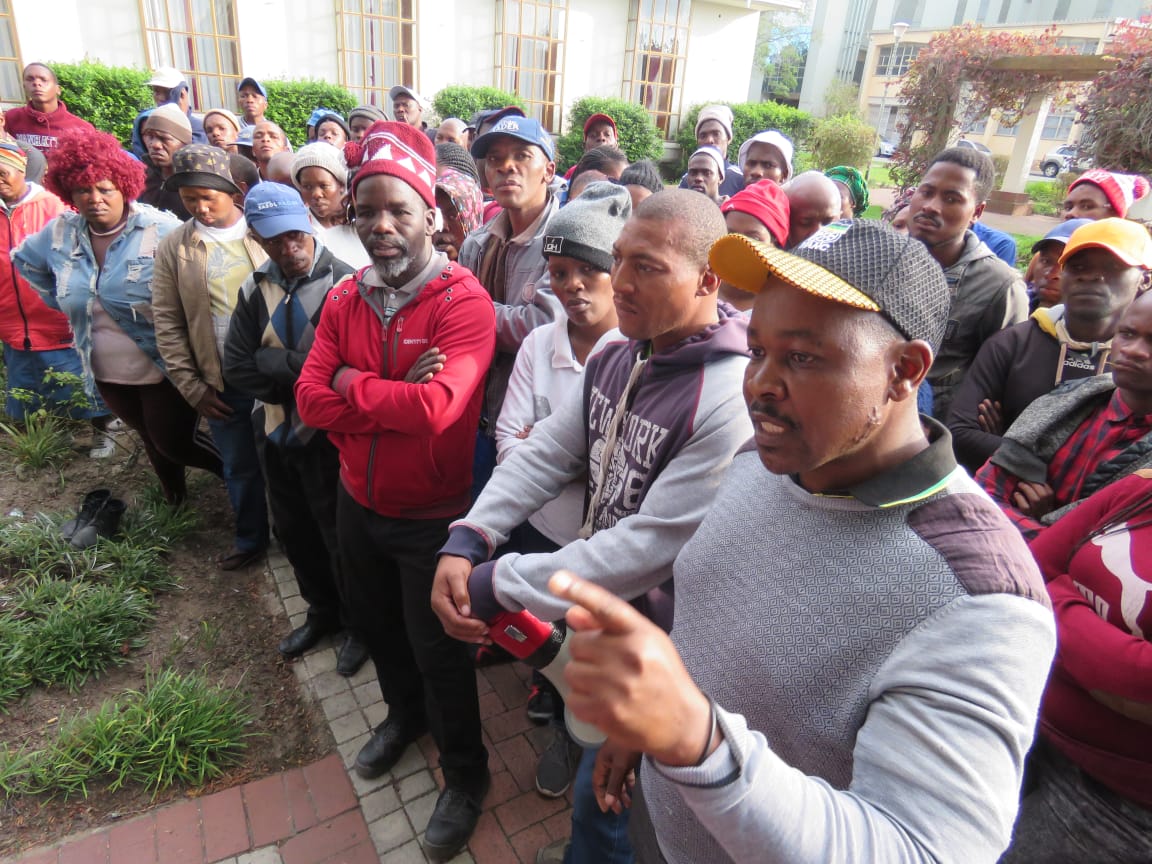 The protesters say they have been without electricity since Sunday after a transformer blew up. Photos: Zolani Sinxo 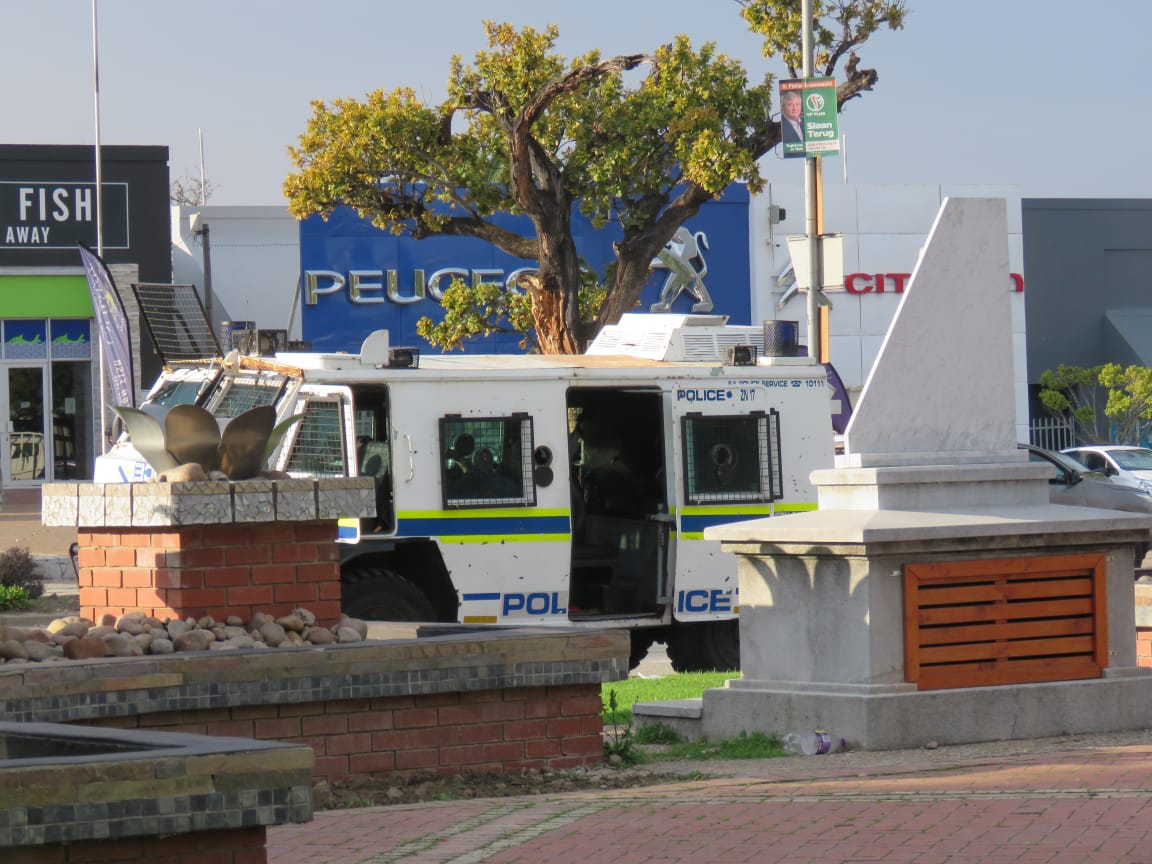 The police are here in their numbers protesting the municipal premises, leader of the group Mputhumi Gomoshe says they are not leaving these premises until some is sent to fix the tranformer.