On top of the world at the bottom of the globe

Mo says the quiet of the Antarctic is something he will always remember. He ran in -24°C conditions.

GEORGE NEWS & VIDEO - To run a marathon is a major achievement. To complete 42,2km in minus 24°C is awe-inspiring. To then take second place, is phenomenal.

This is the story of Mauritz Jansen van Rensburg, or "Mo" to those who know this incredible endurance athlete.

Mo has been an avid athlete since his schooldays in Bloemfontein. He set several SA junior records and captained two cross country teams. He runs 10km in 31:06 and finishes a half marathon in 1:09:56. His best time in a marathon is 2:36:15.

What made him decide to take on this daunting icy challenge? Mo is an international online coach, and says it all started while he was coaching runners from Boston in America.

"I visit Boston quite a bit because I love to run the Boston Marathon as well, and then I can also spend time with the people I coach," he says. "In July my Boston clients said they needed to prepare for icy conditions as they intended running in Antarctica in December 2019. One of the Boston clients then had to withdraw and they invited me to run in his place."

Only 60 runners a year can enter the exclusive Antarctic Ice Marathon.

Bottom of the earth to flying high
The runners were told to meet in Chile on a certain date to catch a plane from Punta Arenas to Antarctica. Here they received safety training and all their gear was collected.

"My Antarctica experience was surreal," says Mo. "It is so quiet, with the bluest sky. The sun also did not set while we were there. I am from the Free State, but it was extremely cold. We had to run in -24°C conditions." 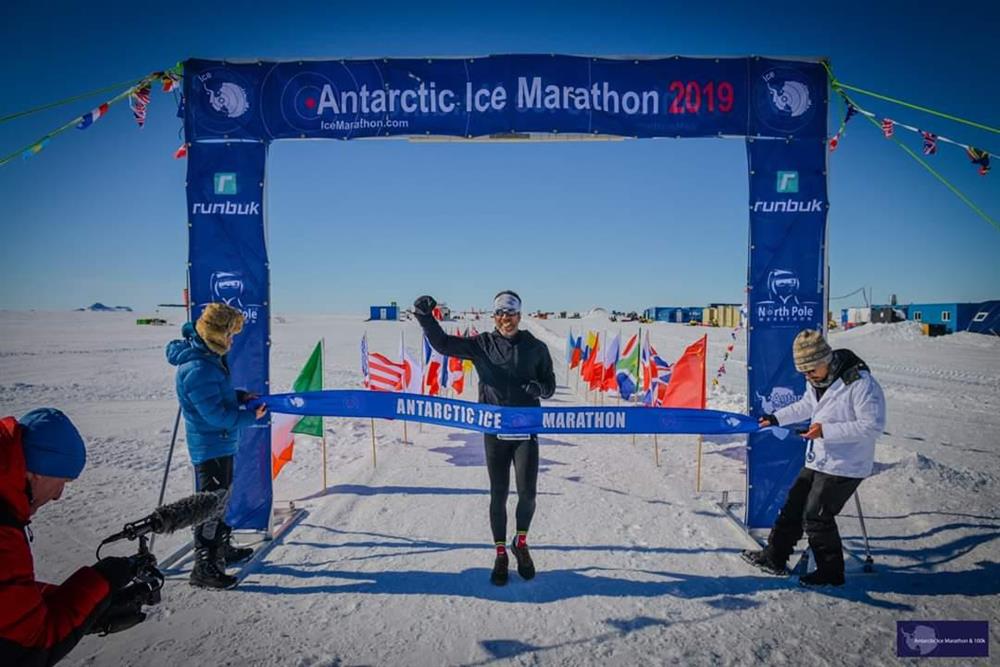 The 42,2km was run on a glacier and consisted of four 10km circle routes, as it was easier to prepare. Mo says as soon as he started to run, he realised that he was among the front runners and, as this was a once-off experience, he decided to give it all he had. It paid off. He scooped second place with a time of 3:43:12 and left Antarctica with a shiny silver medal in his bag.

Mo has plans to run a desert race in China and another icy marathon - this time at the North Pole. Mauritz Jansen van Rensburg from George shows off the silver medal he won in the Antarctic Ice Marathon and the pair of running shoes he wore. Photo: Wessel van Heerden