If you throw your junk just anywhere, it will eventually become your problem some way or another. It can make you sick or kill you.

GEORGE NEWS & VIDEO - Illegal dumping is a big problem and a health hazard in George, and without the help of the local communities the municipalities will not be able to keep up with the cleaning of dumps, as it is not financially viable.

In his address, George Mayor Leon van Wyk said, “We can only win this war on waste when we have plans in place to sustain our efforts in addressing illegal dumping.”

Van Wyk said it became evident during the height of the Covid-19 pandemic that illegal dumping in areas such as Thembalethu and Pacaltsdorp was becoming a serious health concern.

“We were advised to take action and source funding to undertake the cleaning up of sites. From a George Municipality perspective, any kind of assistance from government institutions as well as the private sector is highly welcomed and appreciated.”

Van Wyk said it is indeed wonderful that the Garden Route District Municipality (GRDM) and the George Municipality are working together to clean illegal dumping sites. He asked residents to take pride in their homes, properties and areas where they live.

“There are many dangers and negative effects that arise from dumping. It becomes a health risk to humans and animals,” he said.

“We need to work together to eliminate dumping. The City of Cape Town spends hundreds of millions of rand on addressing illegal dumping. George Municipality struggles to allocate R10-million every financial year. If we didn’t have to spend this money on clearing dumping, it could be spent on other important services, such as playground equipment, sport and assistance to small and micro businesses.” 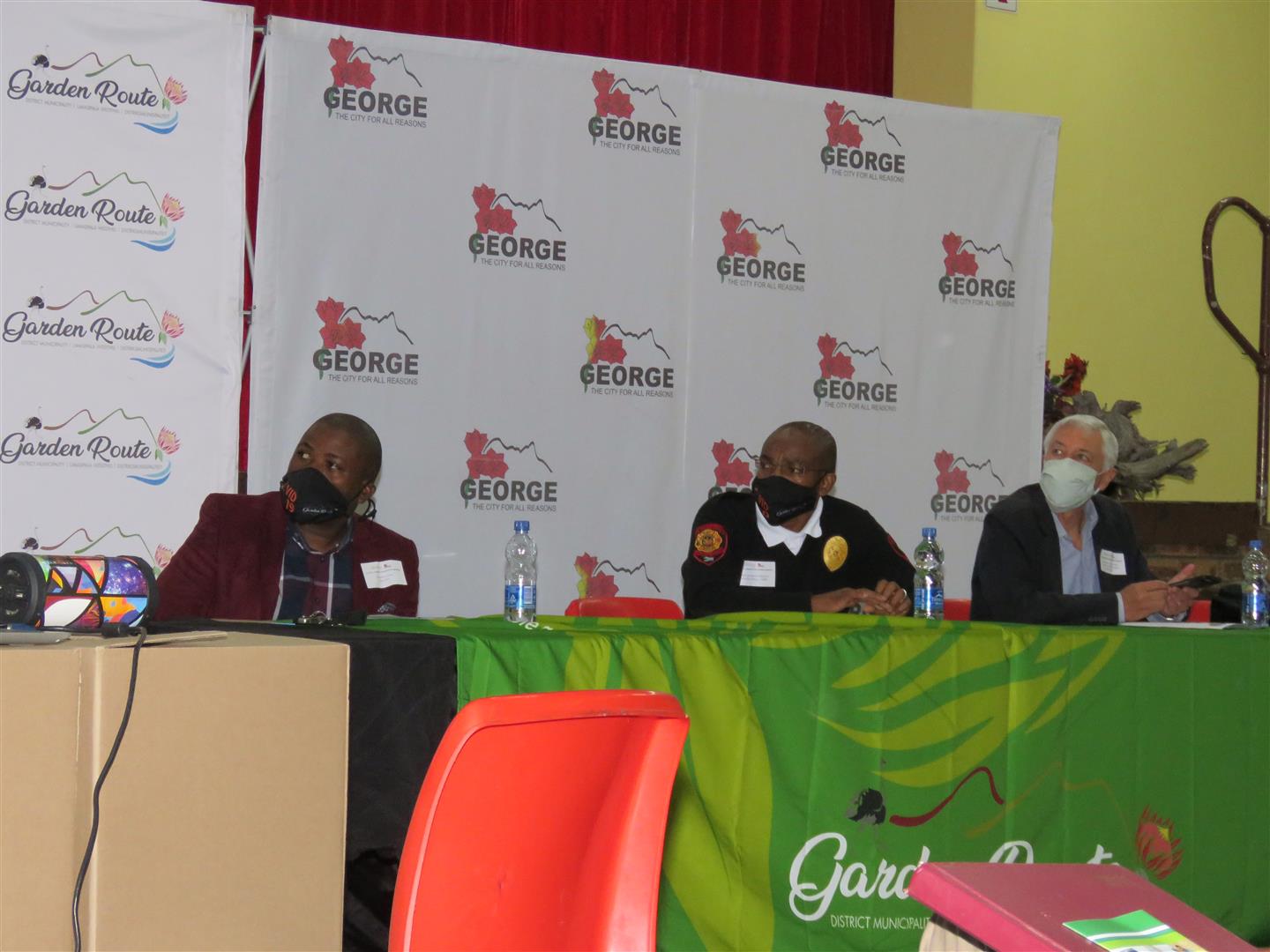 Radie Loubser, senior manager: Environmental Services at George Municipality, said he is an advocate to get the communities involved, together with the buy-in of councillors. He said councillors should help making people aware of the problem.

“Dumping is illegal and a big health hazard. People should be informed and educated on the problem and how to address it, and law enforcement should enforce punishment with the issuing of fines,” he said.

A presentation was made by Johan Gie of Waste Management at GRDM, who explained the challenges, requirements and costs of the project. A video of interviews with locals showed community members who have started cleaning their own neighbourhoods.

It was also clear that many residents are unhappy with the current state of their communities and are ready to blow the whistle on illegal dumpers.

What is illegal dumping?
Illegal dumping is anything you throw away in a place where it does not belong.
· If you know who is dumping illegally, report them to 044 801 6350 or sprins@george.gov.za or 044 801 6300 (a/h).
· Information that will help the case for a warning or fine: car description and/or registration number, address of alleged perpetrator, type of waste and address of where it was dumped. A cellphone photo of dumping in action will help, but is not essential.
· Report dumped waste for collection on 044 802 2900 or 044 801 6300 (a/h). 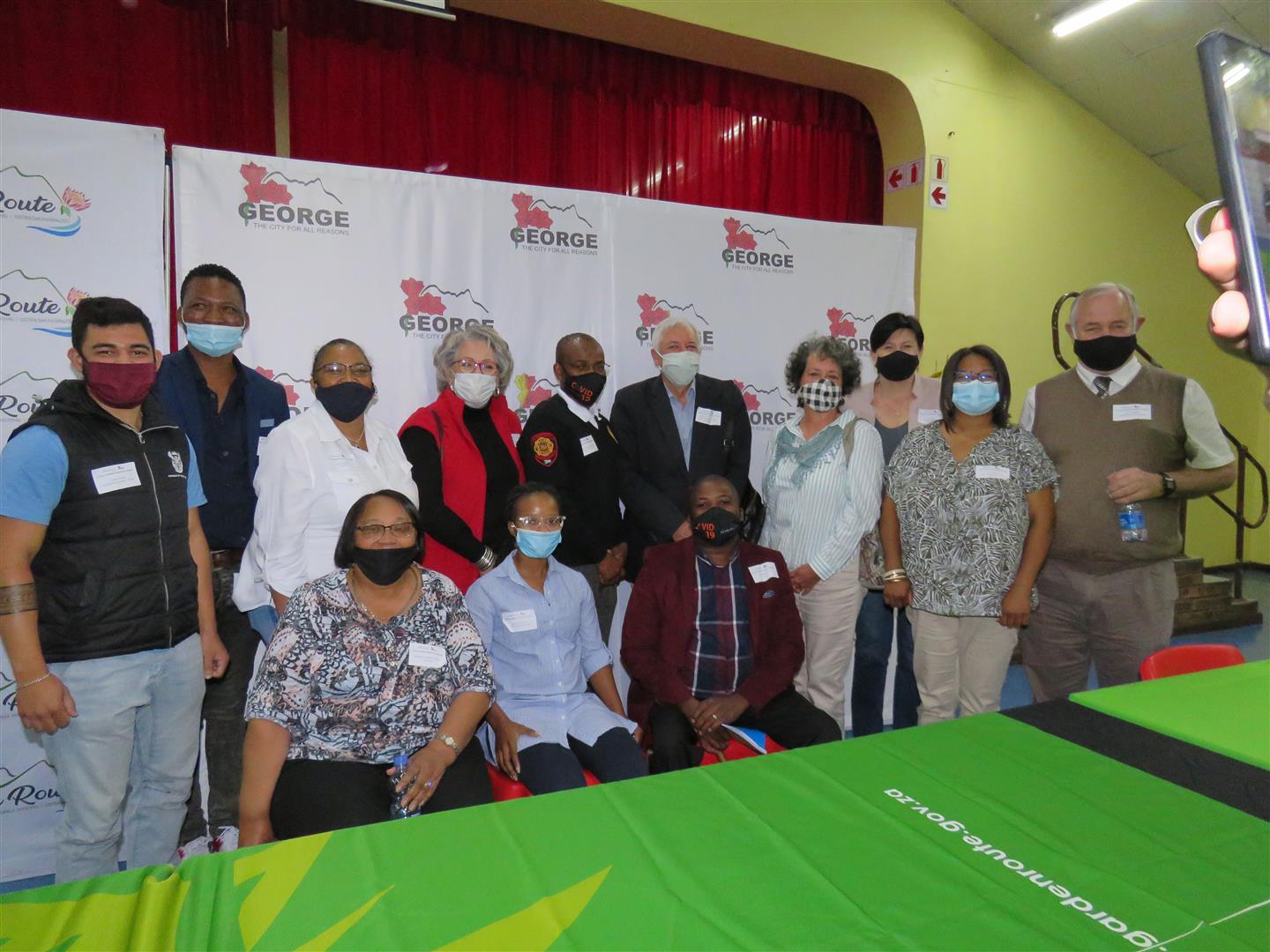 ILLEGAL DUMPING IS EVERYBODY’S PROBLEM
If you throw your junk just anywhere, it will eventually become your problem some way or another. It can make you sick or kill you.

REFUSE REMOVAL: GENERAL
· Households may put out seven black, four green and an unlimited number of blue bags. Additional tied bundles of branches are allowed if they are shorter than a metre in length and can be picked up by one person.
· BLUE bags are for non-soiled recyclable materials, including plastic, paper, cardboard, glass etc.
· GREEN bags are for green waste, including organic kitchen waste such as fruit and vegetable peels, as well as garden waste, including grass cuttings, leaves etc. No soil is allowed in green bags.
· BLACK bags are for ‘wet’ waste, things that cannot be recycled.
· All refuse bags must be put out by 7am on removal day. Please don’t put bags out the day or night before removal.
· Please wrap broken glass in newspaper before placing in bags to prevent injuries to workers.
· A pack of 26 black bags are distributed to households quarterly.
· Blue and green bags are collected on the same day as black bag refuse removal but not at the same time. A separate trip is made for the collection of the blue bags. Participating households will receive two blue
and two green replacement bags.
· Households or businesses that are actively recycling and require additional green or blue bags, can collect from the municipality Environmental 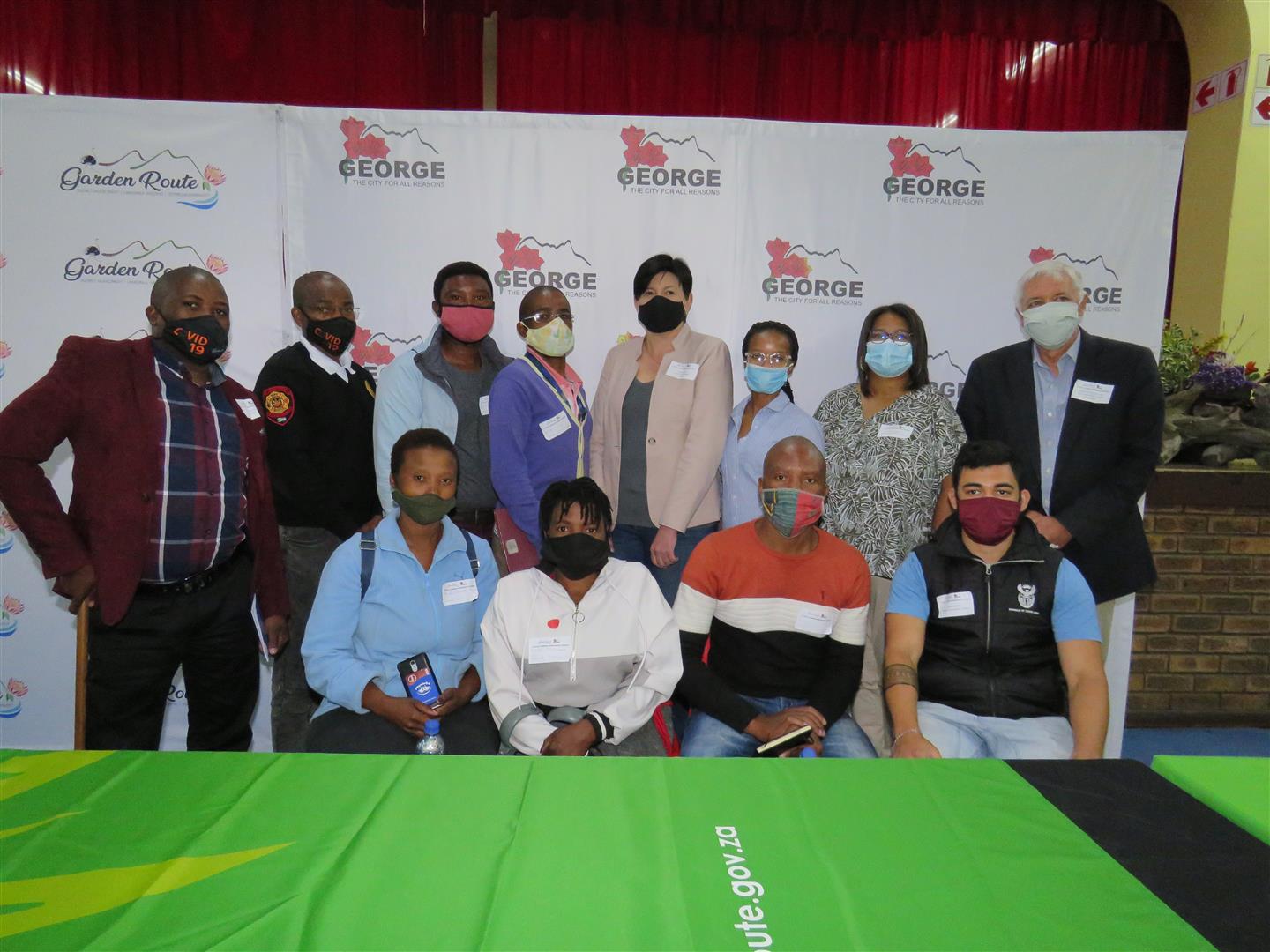 Members from the Sikhulasonke project, a non-profit organisation based in Thembalethu community. The organisation assists the community by beautifying some of the dumping sites, while the municipality assisted by providing the tools to do the job. In front from left are Nokuthula Gumana, Khanyisa Angel Dukumbana, Sivuyile Adams and Ethan Stoffels (George Mun). At the back are Cllr Khayalethu Lose, GRDM Mayor Memory Booysen, Lunga Pieters, Wonga Luke, Tanja Botha (George Mun), Grace Notshokovu, (George Mun) Karin Stoffels (George Mun) and George Mayor Leon van Wyk.