How to dispose of electronic waste 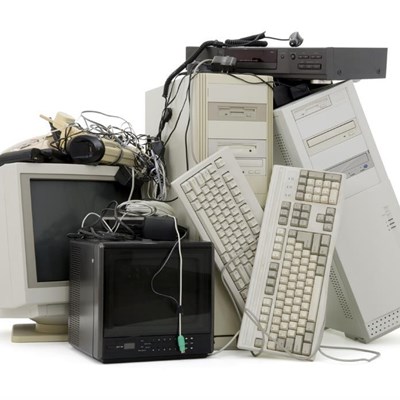 The rapid changes in technology, changes in media (tapes, software, MP3), falling prices, and the burning desire to have the newest, fastest gadgets on the market have resulted in a fast-growing surplus of E-waste in South Africa.

E-waste isn't just waste, as it contains some very toxic substances that are harmful to people and the environment. This includes hazardous substances such as mercury (in switches and relays), lead (in the solder), cadmium, arsenic, beryllium, hexavalent chromium and brominated flame retardants. The toxic materials in electronics can cause cancer, reproductive disorders, endocrine disruption, and many other health problems if this waste stream is not properly managed.

If E-waste is landfilled or incinerated the hazar-dous chemical pollutants that are released into the atmosphere, soil and underground water pose serious detrimental health and environmental risks. It is therefore essential that E-waste is managed, recycled and disposed of in the prescribed manners as stipulated in our legislation.

Recycling raw materials from end-of-life electronics is the most effective solution to the growing e-waste problem. This recycling is done by sorting, dismantling, and recovery of valuable materials. After the recovery of the valuable materials, the hazardous components are then handled, transported and disposed of at an accredited hazardous landfill site, by an accredited service provider, which can amount to an expensive procedure.

In late 2013, Eden District Municipality in colla-boration with Bitou, Knysna, George, Hessequa and Mossel Bay Municipalities, together with Ma'bone, an Integrated & Hazardous Waste Management Company, from George, held an E-Waste Day in each respective municipality where members of the public could dispose of their e-waste free of charge.

Permanent e-waste disposal facilities will now be made available to the residents of Knysna and Mossel Bay, where e-waste can be disposed of free of charge. Two marked e-waste containers, sponsored by Valley Containers on a 6 month trial basis, one of which will be placed at the Knysna Waste Transfer Station, and one at the Sonskynvallei Transfer Station in Mossel Bay, will be made available from 18 March 2014. The e-waste of these containers will be collected by Ma'bone on a regular bases. The residents of George can dispose of their e-waste directly at the Ma'bone depot at Unit D8, Fichat Street, George Industria.

The official launch of the e-waste containers will take place on Tuesday 18 March. The success of the project will be determined by the cooperation and willingness to participate by the public. All the residents of Knysna, George and Mossel Bay are encouraged to support this drive to stop the illegal dumping of e-waste, and to make use of the facilities provided to them. The public can support the launch of the project by disposing of their e-waste on the specified day.

The e-waste project will form part of the 'Wise up on Waste' schools waste management education programme launched by the Eden District Municipality.

All other enquiries regarding the disposal of e-waste and available facilities can be directed to the waste managers of the specific municipalities.
George Municipality: Wessel Robertson
- 044 802 2900;

'We bring you the latetst Garden Route, Karoo news'