A tree fell onto a parked vehicle in Stephen Street.

The George Emergency Call Centre was inundated with hundreds of calls from Sunday evening until Tuesday at 08:00.

Our electrotechnical teams attended to 110 high voltage complaints in Wilderness, Hoekwil, Thembalethu and the George greater area where power outages were experienced. A total of 65 low voltage complaints where streets and houses were affected were attended to on Monday with repair work continuing until late into the evening.

The teams also dealt with a few power dips on Tuesday due to the bad weather.

The George Fire Brigade assisted the Human Settlements Directorate on Monday night in handing out 60 sandbags to eight households in Blanco. These homes had lost their roofs during the windy conditions.

A total so far of 23 families have been assisted in George, Haarlem and Touwsranten with roofs that were damaged by strong winds and bad weather. The directorate provided gunplast to 60 formal and informal houses and supplied roof sheets for 1 house.

George Fire Brigade together with our Parks section dealt with at least 27 trees on Monday which had either fallen over or branches that had broken off and had to be removed, following the high winds.

At least three trees fell onto parked cars and fortunately no injuries were reported. In a number of cases the fallen trees or branches had blocked roads or sidewalks and these needed priority clearing. Emergency Services also attended to a portion of the Rosemoor Stadium wall in Miller Street that blew over on Monday.

Repairs will be done as soon as is possible. 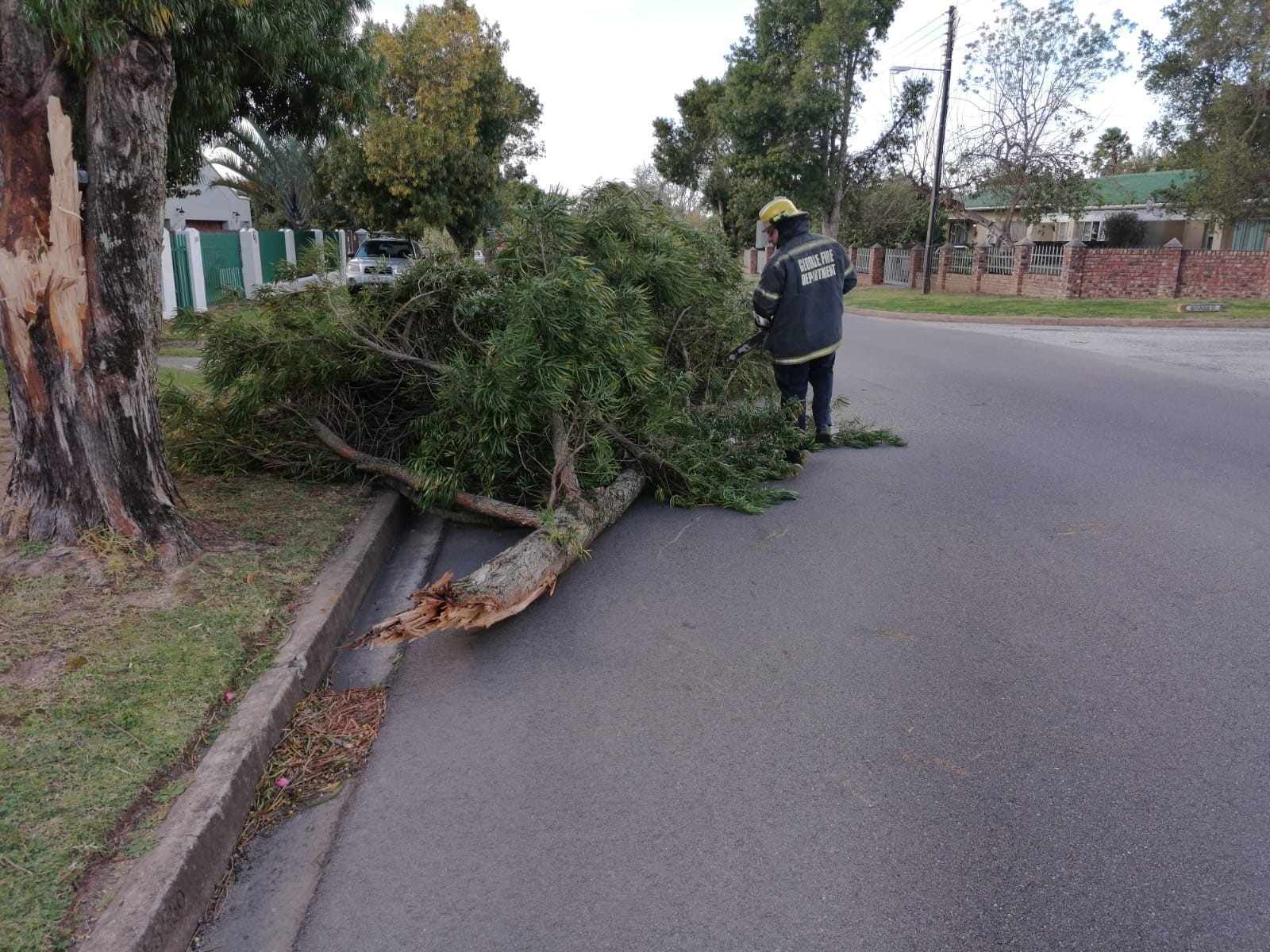 Municipal Manager, Trevor Botha thanked officials for their hard work in extreme weather conditions. “The wind, cold and rain coupled with load shedding , have made things very difficult for all of our officials working to restore power and clearing roads and sidewalks. Our civils department also faced challenges with a large watermain pipeburst on the N2 during the same timeframe.

"We thank everyone for their hard work in restoring power and water to our communities and also thank the public for their patience and understanding.” 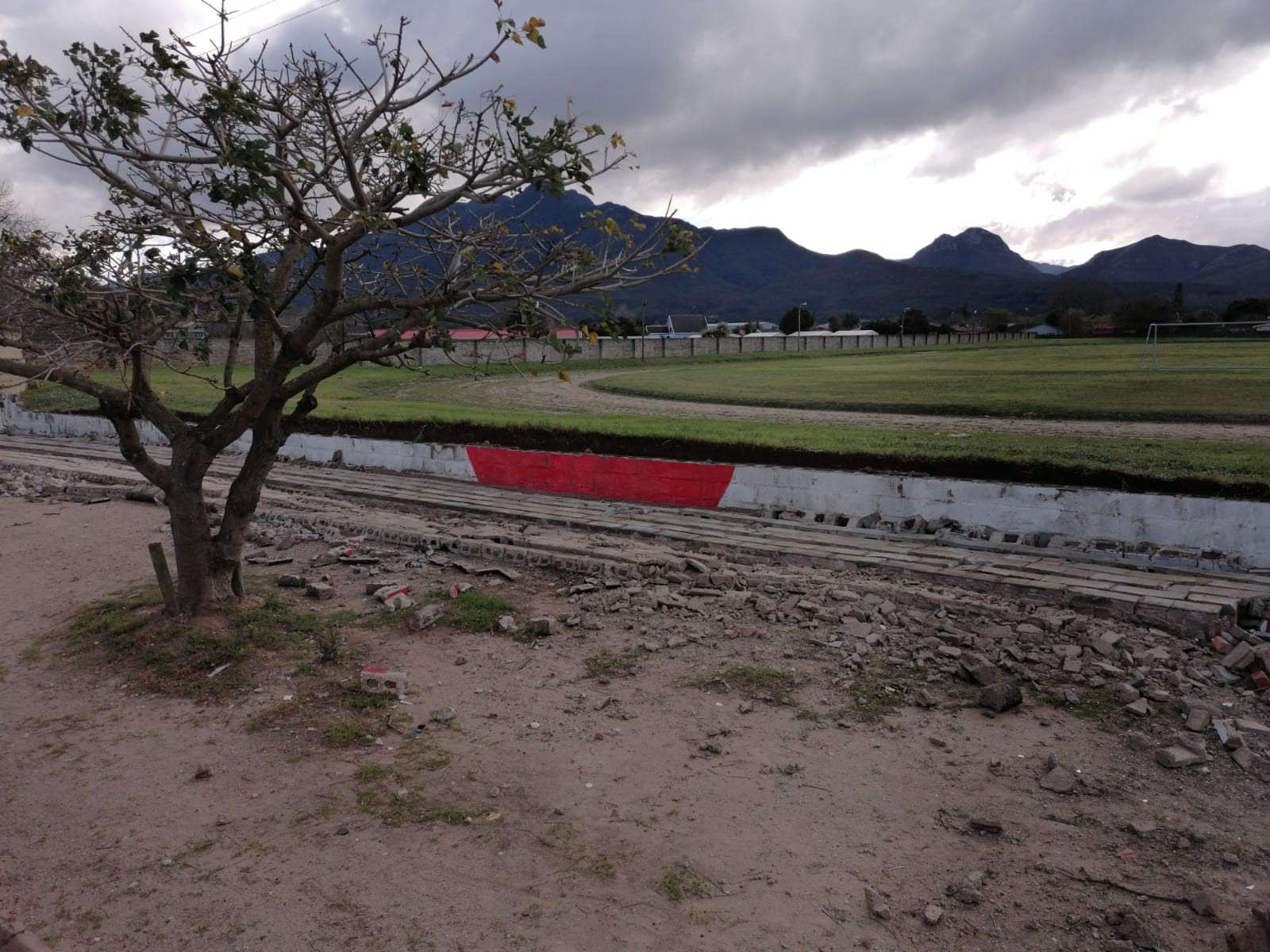 Part of the Rosemoor Stadium wall in Miller Street blew over on Monday. The George Municipality will fix the wall during this week.