George Hospital: Be prepared to wait 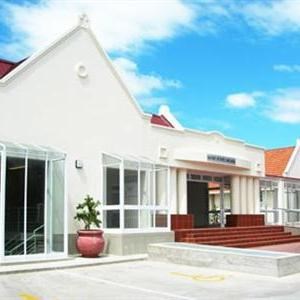 Mr Frank Abrahams took his mother, a state patient to hospital at around midnight recently, after she suddenly became very ill. Upon their arrival, the waiting rooms were full and they would have had to wait for hours to be attended to. He phoned his private doctor, but was informed that for a state patient to be admitted to hospital, a state clinic has to refer him/her.

"Where do you find an open clinic at that time of the night? I want to know if they have enough doctors and nursing staff at the Emergency Centre if such long queues are allowed to pile up?"

Angelina Ntoni complains that she took her son's pregnant girlfriend, who they thought was going into labour, to the Emergency Centre recently at 19:00. They waited till after eleven that night before a doctor could attend to her. "It was a false alarm, but why does one have to wait that long? It is unacceptable," she said.

In a letter on today's letters' page, Eliztha-Alette Jacobs writes about a friend who wanted treatment for a sudden onset of extremely high blood pressure and a resultant blistering headache, but it seemed to be an almost impossible mission. During one of her visits to the George Hospital, she finally threw in the towel after waiting for six hours without having anything to eat or drink. She says nobody dares to leave their chair, because if they do, they lose their place in the queue.

Responding to these complaints, Ethne Julius, spokesperson for the Western Cape Health Department gave the assurance that a minimum of three doctors are on duty in the emergency unit during the day and a minimum of two at night, so that a medical doctor is always available for patients. She said, however, that since the Emergency Centre is there to provide "urgent care for patients with acute trauma and illnesses", those are the patients who will be attended to first. Upon arrival, patients are identified according to the severity of their condition to ensure that this happens.

She stressed that patients who report for treatment at the Emergency Centre, but who could have been assisted at a clinic, are compounding the problem of long waiting times. "A recent study indicated that more than 80% of patients reporting at the Emergency Centre could have been treated at a primary health care facility. Some of these patients divert valuable staff resources that could be used to treat patients with urgent conditions."

More personnel appointed
The hospital is taking steps however, in an effort to lessen waiting times. A specialist emergency medicine physician is soon to be appointed to run the busy Emergency Centre after funds for this post were made available recently.

To further strengthen the staff complement, three new professional nurses have just been appointed to the Emergency Centre and two additional primary health care nurses are to be recruited. The nursing staff will treat patients with less serious ailments and try to reduce patient waiting times, especially after hours, said Julius.

"We are committed to see all emergencies that enter George Hospital as quickly as possible. We apologise for the waiting times as they are sometimes longer than required."

However, she made an urgent appeal to patients that did not need emergency treatment, to visit their nearest clinic during working hours for medical assistance.