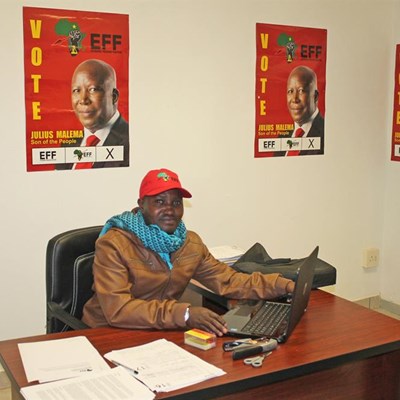 She serves on Parliament's portfolio committee dealing with international relations and cooperation.

Lassy Matyholweni, Southern Cape regional coordinator, said that Moonsamy (35), who is best known as the former ANC Youth League spokesperson and staunch Julius Malema supporter, has been assigned to serve the Southern Cape.

The office is situated in Joubert Plaza 2 on the corner of Market and Meade streets.

"The ANC can try and silence the EFF in Parliament for a while, but they can't keep us quiet in the trenches with the people," says Matyholweni.