GEORGE NEWS - Twenty-two days into lockdown, the DA in the Western Cape has commended the George Municipality for its swift response in combatting Covid-19.

In a statement released this morning, Dr Mimmy Gondwe MP, constituency head for George, thanked the municipality for ”taking the lead in putting the needs of the most vulnerable at the top of its municipal agenda”.

This follows a protest in the Rosedale informal settlement yesterday morning when some residents held a peaceful gathering about the distribution and lack of food parcels in the area.

More than 500 families in the area are currently without work and say they are in great need of support. The protestors also questioned the selection of parcel beneficiaries. "Everyone in Rosedale is hungry,” Miriam Mbodjma told George Herald journalist, Michelle Pienaar . “No one has work or food,” she said.

Several opposition parties in the town raised concerns earlier this month that insufficient measures have been taken by the George Municipality to combat the virus and its effect on the community.

But, according to Gondwe the municipality had acted swiftly, and, less than a week into lockdown, had put in place a number of measures in response to the socio-economic impact of Covid-19.

“By 31 March 2020, the municipality had already put in place some of the following measures in response to the fight against COVID-19:

“To date, the municipality’s interim relief efforts have culminated into some of the following relief for the indigent and vulnerable communities of George:

She also praised individuals, companies, NPOs, NGOs and faith based organisations that have partnered with the municipality in extending all manner and nature of support and relief to the citizens of George during the crisis. 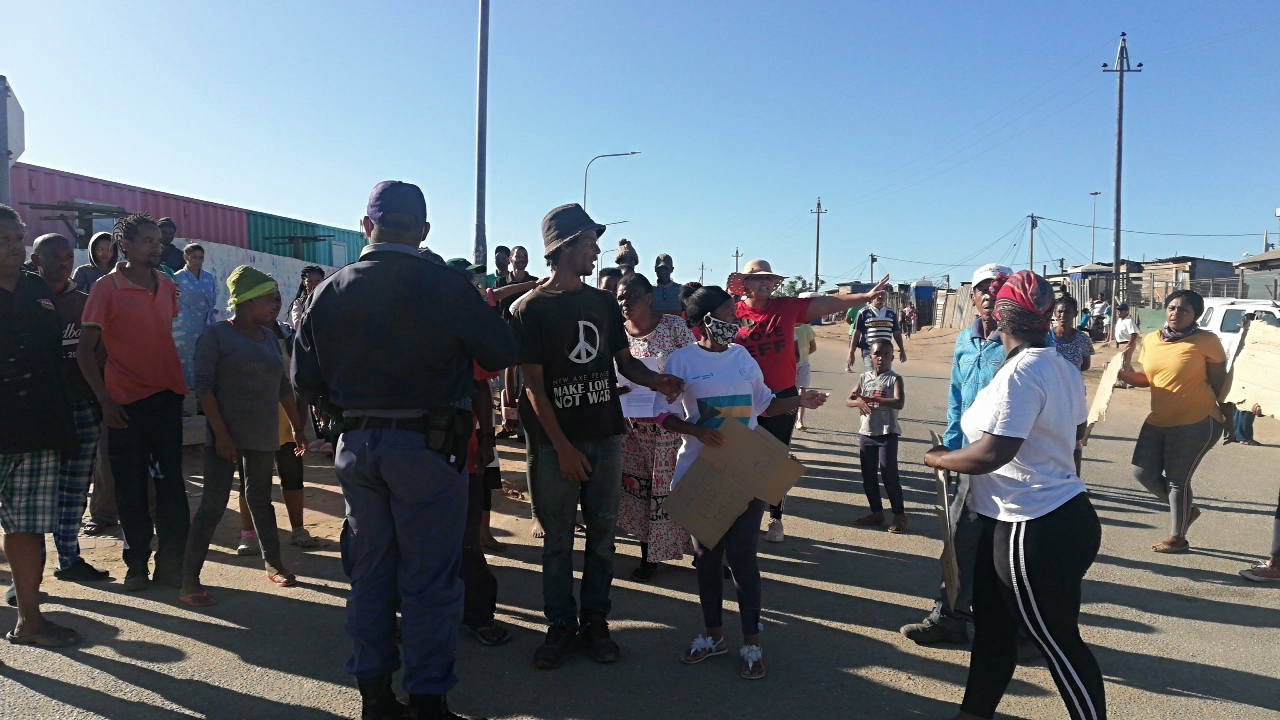 A group of about 40 people protested in Rosedale in George yesterday morning demanding food parcels to ease their need. The police were called in to disperse the peaceful protesters. Photo: Lizette da Silva