The fence has proven to be of no use.

Van der Rijst spoke to the George Herald in response to residents' complaints about the state of the graveyard and security in the area. In one of the latest incidents, two people were robbed when they visited a grave on Sunday morning, 24 February.

On that same morning, the newspaper paid a visit to see what the complaints were about. Both the new cemetery and the adjacent historic graveyard are a picture of neglect with tall grass and weeds taking over, litter scattered about, broken gravestones, and the strong fence erected by the municipality, vandalised.

Van der Rijst said the George Municipality can do more to provide a secure environment. "Only 200 metres away is a cement dam which is fenced in and is being maintained just fine. How do they manage to do it there, but not at the cemeteries?"

He conceded that the municipality did good in erecting a fence, but said they never put up a gate.

"People just walk through. I have been fighting for more than a year to get them to put up lighting, but there are always excuses. Ligthing can help against vandalism. In some other areas the municipality put up lights with protectors. Why not here?

"If you know there is a hotspot in Maitland Street, surely it should be prioritised? It also looks as if there is no control over where new graves are being dug."

Mounds of soil at the Blanco Cemetery, presumably graves, appear to be dug in a haphazard manner. On the left, one of these lies at an angle to the other graves. Not much space is left between graves. Photos: Alida de Beer

During their daily patrols the neighbourhood watch often notice people sitting on graves, using drugs. They also make fires on the graves.

"We are trying our very best and are planning to put up security cameras in various spots in Blanco, but the municipality should do their bit too," said Van der Rijst.

Community Services Director Walter Hendricks says the fence erected by the municipality was vandalised within days. He also said the cemeteries are currently maintained by spraying the weeds and invasive shrubs with herbicide.

"The herbicide tender has in the meantime expired and a new tender is in the process of being awarded. We have noticed an increase in plant resistance to the current herbicide being applied and are in discussions with service providers regarding alternatives.

"As soon as the new service provider is in place, the cemetery will be cleaned. The Blanco cemetery is full and no further burials will take place there."

The Electrotechnical Department maintained that they have had no request to install lighting at the cemetery in Blanco and would like Blanco Neighbourhood Watch to contact them to investigate the possibility of installing lighting if the necessary funding can be secured. 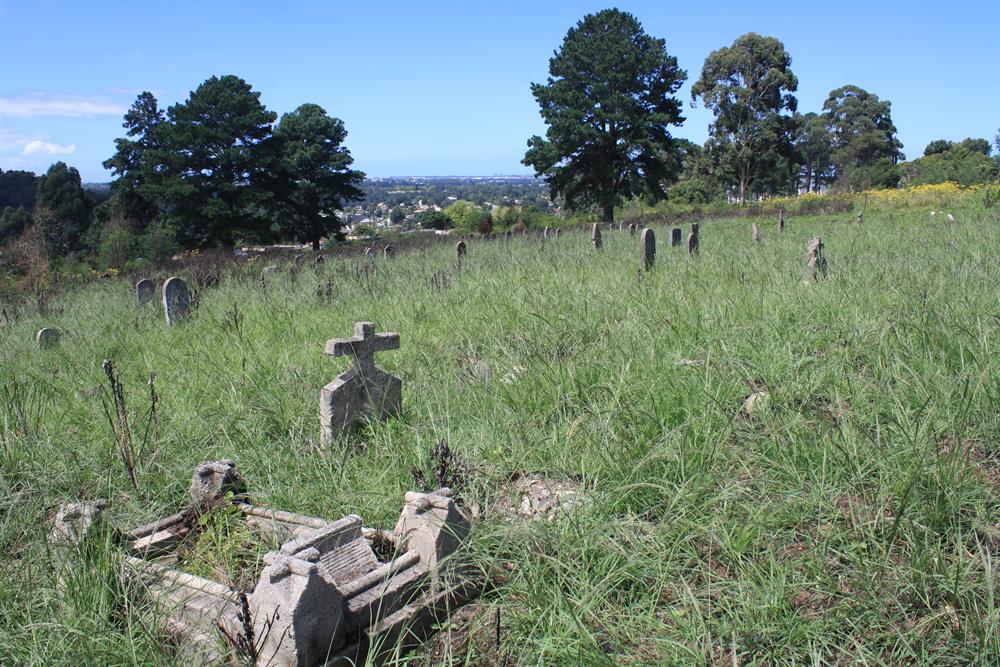 The overgrown historic graveyard, located next to the new one, is a hideaway for criminals.

The municipality must display the hours during which the cemetery is open to the public for a burial on a notice board at the entrance.