Count down to election of new mayor for George

The main municipal building has been closed for the rest of the week, and will reopen on Monday 25 May to officials only. Photos: Michelle Pienaar

GEORGE NEWS - George will have to wait one day longer for the election of the new mayor.

A special council meeting where this was meant to take place, scheduled for 14:00 today, was quickly cancelled when news broke over the weekend of an official who has tested positive for Covid-19.

Municipal Spokesperson Chantel Edwards-Klose confirmed that the council meeting has been rescheduled for 14:00 tomorrow, 19 May. The meeting will be held electronically, using video and/or telephone conferencing.

The DA candidate for George's mayoral seat is councillor Leon van Wyk. The opposition has not yet announced their choice of candidate.

The tabling of the 2020/21 budget will not form part of the agenda tomorrow, but will be handled later this month.

Building closed
The main municipal building has been closed for the rest of the week, and will reopen on Monday 25 May to officials only. "As the average lifespan of the virus is deemed to be 5,7 days, it is recommended to keep a building/s closed for at least one week after it has been disinfected," said Edwards-Klose.

She said the official in question has been isolated and is receiving medical care: "The Provincial Department of Health in George is responsible for contact tracing to find any person the official may have been in contact with outside the workplace, and the municipality is assisting where possible."

Meanwhile the entire main building of the George Municipality will be sanitised yet again. "Although all of our municipal buildings have been cleaned and sanitised over the past week as part of a routine process for all the municipal buildings, the process of sanitisation will be repeated," said Municipal Manager Trevor Botha.

On a question about the cost of the sanitation routine, Edwards-Klose said the process is being undertaken by officials of the George Fire Brigade, therefore the products utilised are their only expense. 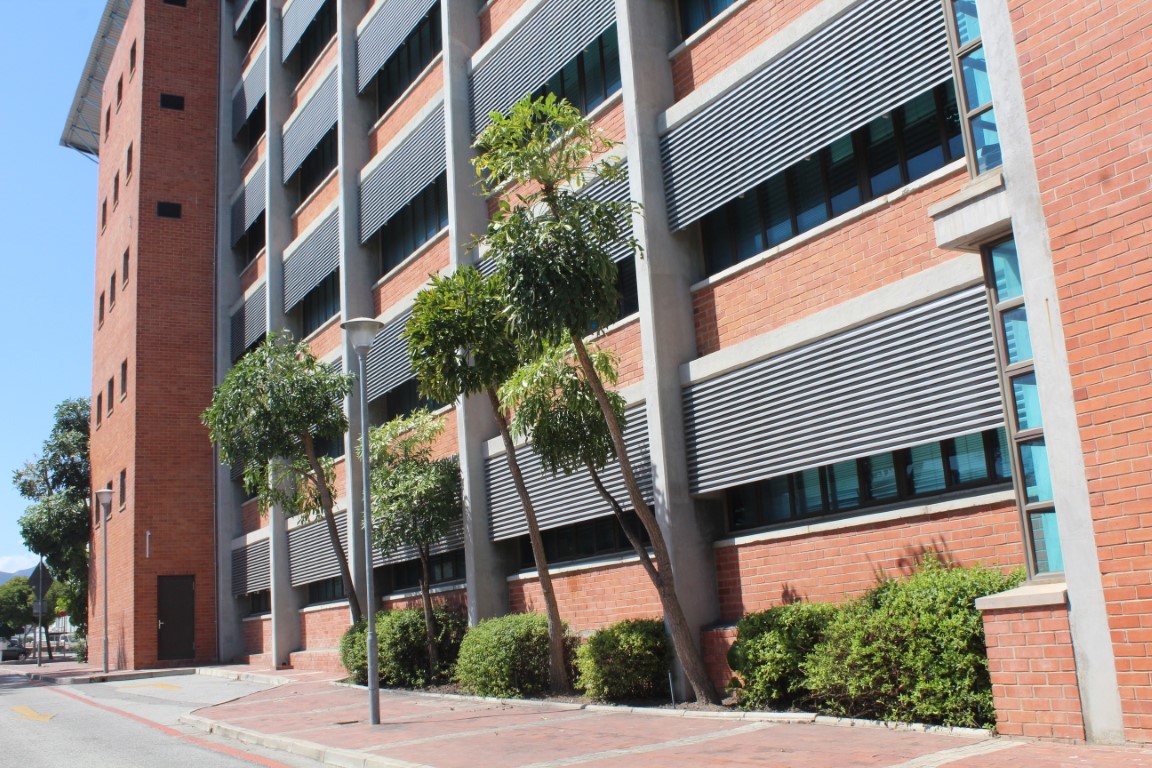 The main municipal building has been closed for the rest of the week, and will reopen on Monday 25 May to officials only. Photos: Michelle Pienaar