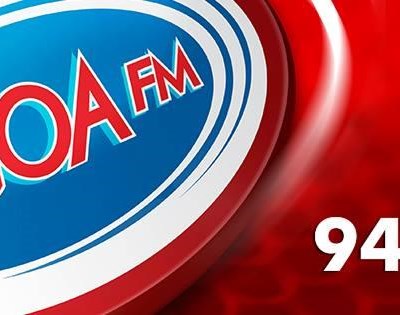 GARDEN ROUTE NEWS - The MTN Radio Awards yesterday announced the nominees for the coveted Station of the Year Award and Algoa FM is in the running.

“The Station of the Year Award is extremely prestigious and gives the station bragging rights and the pride in knowing that it has been judged the best by a leading, independent team of adjudicators,” says Lance Rothschild, CEO of the MTN Radio Awards.

The commercial radio stations in the running to be MTN Radio Awards' Radio Station of the Year are: 702, Algoa FM, Jacaranda FM, Kaya FM and Power 98.7.

Algoa FM operations director Alfie Jay says: “We are absolutely blown away by this announcement and I’m almost speechless. We arrive at work daily, apply ourselves positively and have been doing this for many years. To be nominated in the Top 5 out of 260-odd radio stations in this country and knowing we’re in the running for this award is an accolade in itself and every single one of our staff can pride themselves on an amazing achievement.”