De Krans top of the ports 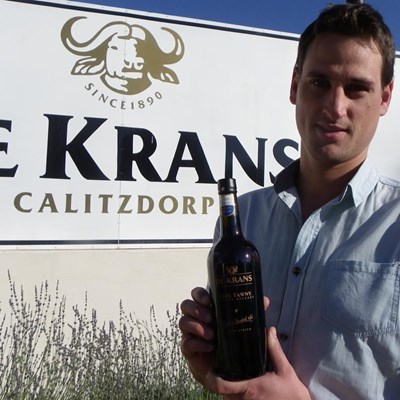 At the award ceremony, which took place earlier this month, the same port was also awarded Platinum status, which is the highest award any wine at this competition may receive, scoring a minimum of 95 out of a possible 100 points.

Since the inception of this competition four years ago, only 32 wines have achieved this status.

The SAWi Awards are based on the combined results of different vintages of a wine at 84 different wine competitions and ratings worldwide, and as such is not the result of a wine from a single competition.

"This is truly a remarkable achievement, which is the result of years of hard work to ensure we continue producing a premium product," says De Krans winemaker, Louis van der Riet.

According to Louis, the De Krans Cape Tawny has a beautiful copper-gold colour with a pleasant coffee, spices and nutty character.

This latest performance follows on the heels of the award for Best Cape Port at the 2014 Old Mutual Trophy Wine Show, one of the largest wine shows in South Africa, which was awarded to the De Krans Cape Vintage Reserve Port 2011.

For more information about De Krans, their ports and wine visit www.dekrans.co.za or contact the farm via e-mail at dekrans@mweb.co.za.


I'm a 52 year old woman looking to meet men and women between the ages of 40 and 54.
View Profile