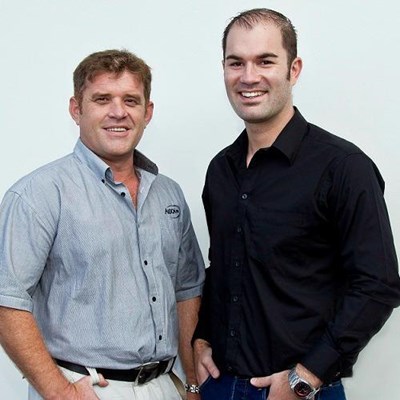 The station celebrates an additional nomination this year as the breakfast team has been nominated in the category of Best Breakfast Show.

Upon winning the Best Breakfast Show Presenter Award last year, Daron was quick to point out the team effort to a Times Media reporter, "This is not just for me but also for my team who do the show with me, Charlton Tobias and Carol-Ann Kelleher. I could not have won this award if I did not have their support."

"We are particularly delighted with this nomination. What it means for the team is that their passionate efforts have been recognised to be among the best in the country. Daron is a great anchor who leads an amazing team and the comradery they share is very special. It's not quite rugby – but this is probably the closest they'll get to earning Springbok colours as part of an elite squad," says Operations Director of Algoa FM, Alfie Jay.

Algoa FM's nominees will be going head-to-head against some of the best talent South Africa has to offer, being nominated alongside presenters in their respective categories from radio stations including: 5FM, East Coast Radio, Highveld Stereo, Jacaranda FM, Kaya FM, 94.5 KFM, Metro FM and Talk Radio 702.

"More than just a popular list of songs, the Algoa FM Top 30 has for many years provided both our audience and clients with great memories. Wayne Hart's unique talent and skill as a count-down presenter has added great value to this offering, which in addition to last year's victory, can now boast two nominations in two years," says Jay.

"One thing that has been noticed and even commented on by the various adjudicators is the standard of radio in South Africa, which is excellent and most certainly on a par with some of the best radio elsewhere in the world," says Lance Rothschild, CEO of the MTN Radio Awards.

Winners will be announced at the MTN Radio Awards Gala Banquet, which takes place at the Sandton Convention Centre on Saturday 12 April.

'We bring you the latets Garden Route, Klein-Karoo news'