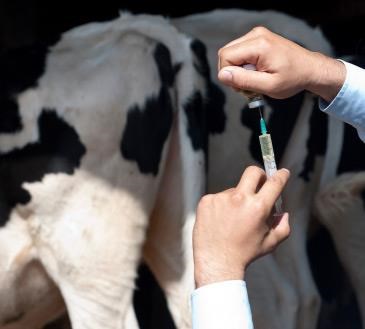 AMR may be a natural genomic process for bacteria, but it was "very rare in clinical isolates predating the introduction of antibiotics," FAO's new report notes. As foods from around the globe are today frequently contaminated with antibiotic resistant E. coli and Salmonella, "measures which encourage the prudent use of antimicrobials are likely to be extremely useful in reducing the emergence and spread of AMR," the 67-page technical report says.

The report, launched during World Antibiotic Awareness Week, a joint initiative by FAO, the World Health Organization (WHO) and the World Organisation for Animal Health (OIE) to raise awareness of one of the biggest threats to global health, summarises the magnitude of AMR in the food and especially the livestock sector, which is expected to account for two-thirds of future growth in antimicrobial usage.

"Given our current limited knowledge of transmission pathways, options to mitigate the global spread of AMR involve controlling its emergence in various environments, and minimising the opportunities for AMR to spread along what may be the most important routes," the report says.

What we are learning

While cautious about how much remains unknown, the authors - experts from the Royal Veterinary College in London and FAO experts led by Juan Lubroth - highlight compelling evidence of the scale of the threat.

For instance, US honeybees have different gut bacteria than found elsewhere, reflecting use of tetracycline in hives since the 1950s. Fish farms in the Baltic Sea show fewer AMR genes than aquaculture systems in China, which are now reservoirs of genes encoding resistance to quinolones - a critical human medicine whose use has grown because of increasing resistance to older antimicrobials such as tetracycline.
Read more on Bizcommunity.