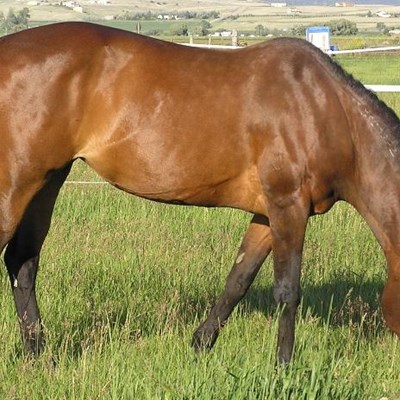 Generic Image.
AGRICULTURAL NEWS - A Caslick’s operation is highly effective, but it should be carried out only where broodmares can be closely observed and monitored afterwards, warns Dr Mac.

In 1927, Dr EA Caslick, a vet trained at Cornell University in the US, realised that stitching up the vulva of racing mares increased their fertility. He had noticed that, in most cases of infertility, air was being sucked into the reproductive system of mares as they walked. This was due to poor conformation or injuries that had occurred when the mares gave birth.

Faeces, dust and bacteria were drawn in with the air, resulting in infections (vaginitis, cervicitis and metritis) that prevented conception. Unless they had the operation, treating the infection with medication did not work and these mares, many of which had top racing bloodlines, were put down.

Mares with pneumovagina (vaginal windsucking) often make a peculiar gurgling or sucking sound as they walk. The interior of the vagina is inflamed and sometimes a foamy discharge or pus may be present. Urine can also pool on the floor of the vagina, as the air present causes the vagina to ‘balloon’.

In maiden mares (those that have not been bred previously), the main cause of pneumovagina is a vulva that is horizontal rather than vertical. This is found mainly in Thoroughbreds and warmblood horses. Another cause is foaling injuries, where tearing has occurred and healing was poor. The anus and vulva of older mares in poor condition can become atrophied and ‘fall inwards’.

What it involves
A vet should examine the mare to determine whether the procedure is required. The optimal time for performing it is just after mating. The vet will administer local anaesthetic and, occasionally, a tranquilliser before performing a Caslick’s operation. It is important to restrain the mare in a crush during surgery to ensure the safety of both the mare and the handlers.

In a Caslick’s operation, a small cut is made on each side of the vulva prior to stitching. In this way, the two sides of the vulva grow together. This keeps the vulva closed and prevents air from being sucked in. In mares with vaginitis, the infection usually disappears within a few days of the operation.

The operation must be performed by an expert or permanent damage may be caused to the vulva.

Disadvantages and precautions
Although this operation is almost routine on Thoroughbred breeding farms, it has disadvantages. To begin with, the stitches must be removed and the skin cut a few days before the mare gives birth. If she gives birth without the skin having been cut, dystochia (severe tearing) can result. This can cause the death of the foal, or even of the mare. Mares that are mated, but do not conceive have to have the vulva cut open in order to be re-mated. The vulva is then re-stitched.

A mare that has had a Caslick’s operation must not be run with a stallion. If she comes into season, mating can cause damage to both the mare and the stallion. Therefore, a Caslick’s operation is only advised in cases where broodmares are closely monitored, as it is critical to have full records of when they are mated and when they are due to foal. Veterinary oversight is essential at this stage.

Better safe than sorry
If the above conditions are not possible, mares with poor conformation of the vulva should be eliminated from the breeding herd. When these mares are to be used for riding, it may still be a good idea to have the operation done, as chronic vaginitis often results in the mare losing condition.
Source: Farmer's Weekly.