Grey gold: Ivory Coast cashes in on the cashew

Ivory Coast is the world's biggest grower of cashews -- it now hopes to develop the processing side of the industry, to create jobs and wealth

AGRICULTURAL NEWS - Famous for its cocoa and coffee, the Ivory Coast has drawn up an ambitious five-year plan for the cashew industry, seeking to modernise production in a sector where it is already the world's number-one exporter.

"We have shown that we know how to produce the nuts - now we have to demonstrate that we can sell them and above all process them," Adama Coulibaly of the national Cotton-Cashew Council told AFP.

From tiny harvests two decades ago, the West African country now holds the cashew crown, supplanting India as the biggest producer of the nut.

Curvy, rich in taste and filled with protein, the cashew is a familiar ingredient in salads, stir-fries and other meals.

But it also features in a widening range of other food products, including cashew butter and cheese, and its oil has found uses in medicine, industrial resins and cosmetics.

$200 mn boost
Ivory Coast has a problem, though: the processing side of its cashew sector is puny - it is currently equipped to handle only six percent of production.

This is a classic dilemma for African countries, struggling to get out of the rut of dependence on primary sourcing.

"It's in food processing that the real added value lies... which can generate employment. Ivory Coast cannot allow itself to be merely an exporter of raw materials," Coulibaly told AFP. 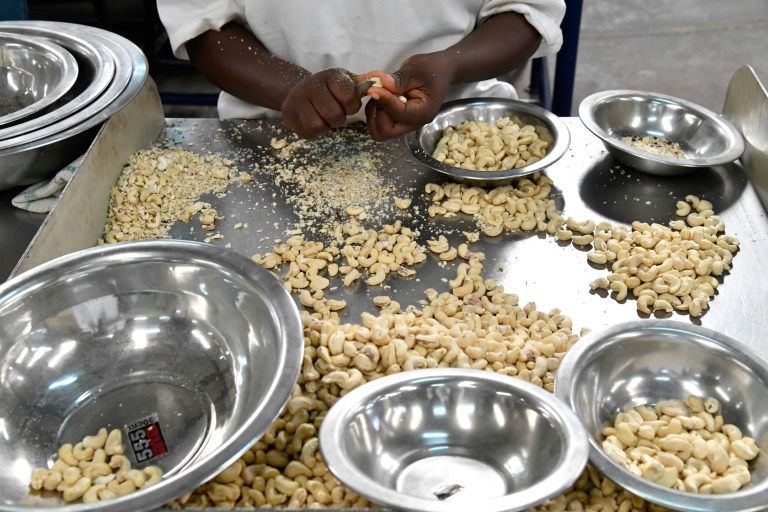 Cashew nuts are peeled by hand at a factory in Bouake, then batched for export around the world.

In March, the World Bank announced funding of $1 billion (866 million euros) for development purposes in Ivory Coast, including $200 million set aside to support programmes to modernise the cashew sector.

Coulibaly hopes that with finance on this scale, the country might in the coming five years attain "a 50 percent rate of product transformation and 80 percent within the next 10 years."

At present, the sector includes 250,000 producers grouped into a score of cooperatives and employs some 1.5 million people, directly or indirectly.

The government plans to build agro-industrial zones at four population centres - Bouake in the centre, Korhogo in the north, Bondoukou in the east and Seguela in the northwest.

Economist Yves Ouya said the poverty-mired north and centre of the country had to be beneficiaries of the boom.

"This is extremely important for the government in its fight against endemic poverty in these zones," he said.

'A working business'
The cashew's extraordinary success sometimes leads to speculation - by traders who buy nuts below the floor price fixed by the state and hope to sell it on at a profit - and to smuggling to neighbouring countries.

According to official estimates, between 20,000 and 50,000 tonnes of production is diverted this way each year. The authorities recently responded by ramping up the legal arsenal to deal with such offences, which also affect the cocoa industry. 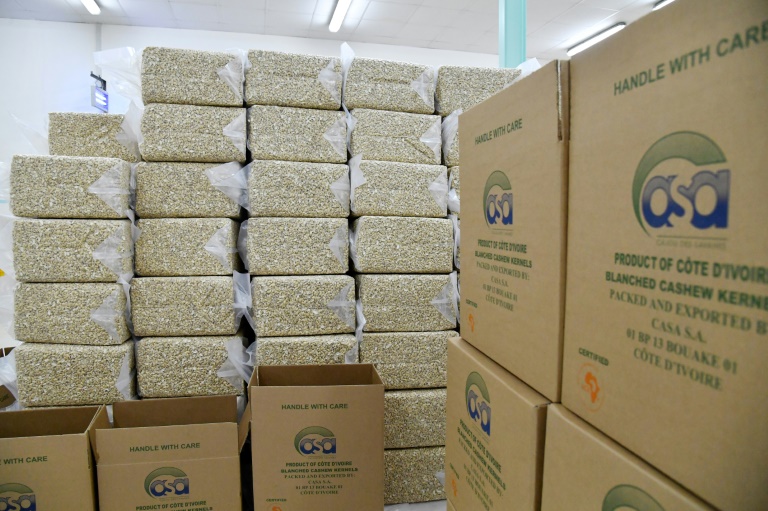 Not just nuts: Ivory Coast is hoping to meet the growing demand for cashew oil and other spinoffs.

Kouadio Djedri, a planter in his 60s at N'Zere village near the capital Yamoussoukro, likes to talk about how profitable the cashew business can be.

Djedri, who is also village chief, has a cashew plantation of 11 hectares (27 acres) and plans to expand over a further 13 hectares.

"I tell young people to go into growing cashew nuts. It's a working business that has enabled me to send my children to school," he said.