Scorsese's latest is documentary on magazine 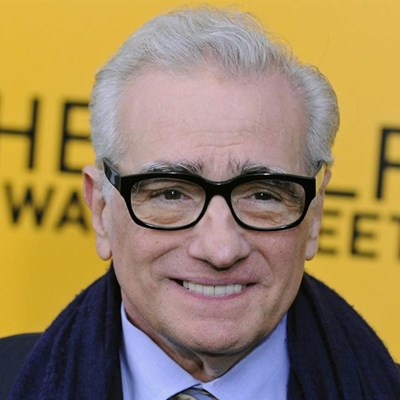 Martin Scorsese
INTERNATIONAL NEWS - As the New York Review of Books approached its 50th anniversary in 2013, editor Robert Silvers and his staff wondered if words were enough to honor one of the world's signature literary publications.

"Should we do anything at all, rumble along in our usual way, or should we make an occasion out of it?" the 87-year-old Silvers recalled during a recent interview at the Review's offices in Greenwich Village, bookcases unavoidably nearby. "We thought we should do something that was good for us and good for our readers. We thought - maybe a documentary."

They agreed on the ideal director: Martin Scorsese.

"The 50 Year Argument," which airs Monday on HBO, mixes archival footage with contemporary interviews, scenes from the Review's office and highlights from an anniversary celebration at Town Hall in Manhattan in 2013. The film is co-directed by Scorsese and David Tedeschi, who edited Scorsese's documentaries on Bob Dylan and George Harrison.

Scorsese, interviewed by telephone, said he has been reading the Review for decades and has piles of old issues around his apartment to prove it. His affection dates back to the magazine's beginning, when he was a student at New York University and spotted the Review at a favorite newsstand.

"My family wasn't in the habit of reading - there were no books in our apartment - so this was a period of really challenging everything that I had thought and I had believed," said Scorsese, adding that the Review's broadsheet design stood out compared with such rival publications as The New Yorker and Dissent.

"The paper itself made you want to read it, the actual texture. It wasn't intimidating - until you read some of the articles."

The documentary appealed to the director of "The Wolf of Wall Street" and "GoodFellas" in part because it's a New York story. The magazine was conceived late in 1962 during a Manhattan dinner conversation among four literary figures: Poet Robert Lowell and his wife, the critic Elizabeth Hardwick and Random House editor Jason Epstein and his wife, editor Barbara Epstein.

The city's newspapers were on strike and book publishers were anxious for venues where new releases could be reviewed. Hardwick had chastised the state of criticism in an essay that appeared in Harper's and the four friends agreed they had a chance to raise the standard. Hardwick's editor at Harper's was Robert Silvers, and Jason Epstein phoned and asked if he would come co-edit the new publication with Barbara Epstein (who died in 2006). Silvers spoke with Harper's editor in chief, Jack Fischer.

"I said, 'Well, here's a chance to start a new book review and I'm inclined to give it a try and I'll have to take a leave of absence," Silvers recalled. "And he said, 'Great, you'll get terrific experience and you'll be back in a month.'"

Launched in 1963, the Review has commissioned criticism by W.H. Auden and Edmund Wilson, published such political dissidents as Vaclav Havel and Andrei Sakharov and featured some of the most influential essays of the past half-century, including Susan Sontag on photography and Joan Didion on the Central Park jogger assault of 1989.

As the film's title suggests, the Review has also been a forum for the high-minded to bicker. Silvers and Scorsese had worried how to visualize literary history, but the Review helped inspire one of the great television confrontations. In the early 1970s, the magazine published a Gore Vidal essay in which he likened Norman Mailer's views on women to those of Charles Manson. Dick Cavett soon invited the two authors to appear on his show, where a seething Mailer not only referred to the Review, but also read aloud from a copy.

"Sometimes it was very bitter," said Silvers, still amazed - and proud -that the Review became a prop on network TV.

In its 51st year, the Review has adjusted well to the digital age, with worldwide circulation of around 150,000, up from 120,000 in the 1980s. Silvers himself remains youthfully curious and engaged, leaning forward with excitement, dark eyes brightening as he holds up the current issue, which features several essays on philosophy, along with pieces on everything from Ukraine to a biography of Coco Chanel.

Some material in the Review has originated elsewhere. While Scorsese was working on the documentary, Silvers read the transcript of a talk sponsored by the National Endowment for the Humanities. It was the NEH's annual Jefferson Lecture, for which previous speakers have included Lionel Trilling, Toni Morrison and John Updike, whose 2008 address on American art was later printed in the Review.

The lecture this time was on movies and Silvers thought it "very good." In August 2013, the Review ran "The Persisting Vision: Reading the Language of Cinema," by Martin Scorsese.