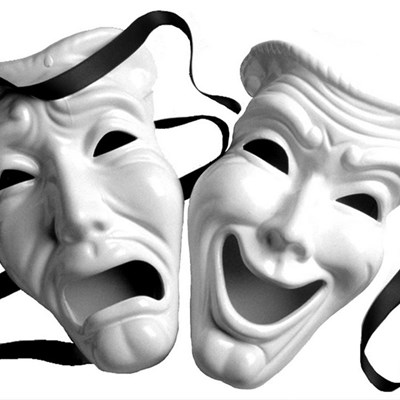 Sancta is pleased to announce the results of the 35th Annual One-Act Festival Play Festival at a Gala Award Ceremony held on 11 March 2016 at The Basement Theatre, Lake Umuzi, Secunda, Mpumalanga.

We last used The Basement Theatre in 2010/11 and it is much cosier and more intimate, even if the dressing room space and back stage is smaller.

There are 23 awards and Noel McDonald, Adjudicators Marcus Mabusela and Karin vd Laage were the hosts for the ceremony, assisted By Deli and Thandeka from The Mpumalanga Dept of Culture, Sport and Recreation (Gert Sibande Region), who were our guests on stage.

Our main Patroness, Dorothy Ann Gould, and husband Michael Maxwell could not attend as she is filming in Cape Town and Russia, but she sent a speech confirming how much work Sancta is doing in the province, especially mentoring plays for the festival.
She also mentioned our new venture since September 2015, which is giving lectures and poetry and play writing courses to long-term prisoners in the Groenpunt Prison outside Vereeniging, assisted by Alex Burger. They have done three workshops to date. She stressed the need for community work, not only to the prison, but to rural areas of Mpumalanga to interest youngsters and keep them off drugs, crime and violence.
This was followed by an overall summary of the week’s plays by Karin vd Laage, who said since she had last adjudicated there, the standards had risen unbelievably, not only in acting, but in the technical side of lighting and sound.
She said a lot of thought had been given to the plots of the plays and staging. All the plays had different and unusual themes, many of violence - which sadly is common in SA now - but also set in and out of SA.
This was noticed last year and shows the citizens of SA, even in rural areas, are more and more aware of what is happening in the world. The standard was so high, every play received nominations and were winners in a particular category.
The players came from up to 500k away to perform - travelling up to 10 hours a day - but that shows how hungry they are to practise their crafts. They came from Bethal, Witbank, Piet Retief, Tjarkastad and Witzieshoek in OFS.
Read more on Artslink.