ENTERTAINMENT NEWS - New York's fall auctions will highlight lesser known artists next week as the market searches for diversity amid an absence of works set to make astronomical amounts.

Christie's set a record price for a living artist during its spring sale this year, two years after selling Leonardo de Vinci's "Salvator Mundi" for $450 million, the most expensive artwork ever sold.

Unless there is an unexpected surge in interest neither Christie's nor Sotheby's are likely to get anywhere near the crazy highs that they have set over the past three years this time around.

Instead, the sales, which begin on Monday, are expected to set individual records for artists with lower profiles, with a number of rare works that have never before been offered to the public hitting the auction block.

Auctioneers at Christie's are particularly excited about "Hurting the Word Radio #2" by American pop-art artist Ed Ruscha, who has long lived in the shadow of the movement's leader, Andy Warhol.

"The market wants to know it has one of the best paintings which is a change from before when it was more like, 'Jeff Koons is hot, I have to have a Koons," said Alex Rotter, chairman of post-war and contemporary art at Christie's. 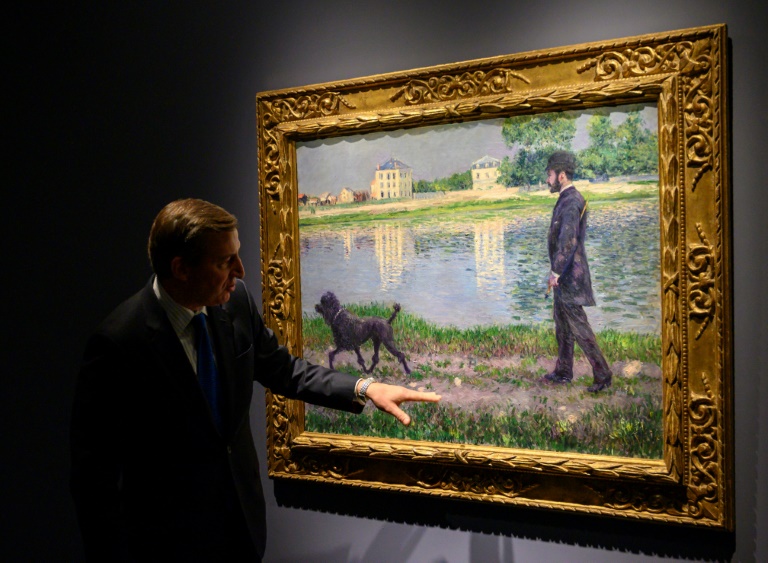 "Richard Gallo and his Dog at Petit Gennevilliers" by Gustave Caillebotte, seen here at Sotheby's in New York on 1 November 2019.

"Now it's about, 'I'd rather have the best Ed Ruscha than an average Warhol,'" he added.

The previous record for a Ruscha, who lives in California, was $30.4 million for "Smash" which sold at auction in 2014.

Among the other highlights at Christie's this season is British painter David Hockney's "Sur la Terrasse", estimated to go for anywhere between $25 million and $45 million.

At Sotheby's the big sales are expected to be "Untitled XXII" by Willem de Kooning, priced between $25 million and $35 million, and Mark Rothko's "Blue Over Red", which has the same estimate.

A proven selling point is the freshness of a lot of the paintings on offer.

Hockney's painting, which features the same lover that is in "Portrait of an Artist (Pool with Two Figures)" that sold last November at Christie's for $90.3 million, has not been publicly exhibited since the early 1970s.

"It's important to have this fresh material. It's what generates excitement from buyers," said Johanna Flaum, head of post-war and contemporary art for Christie's in New York. 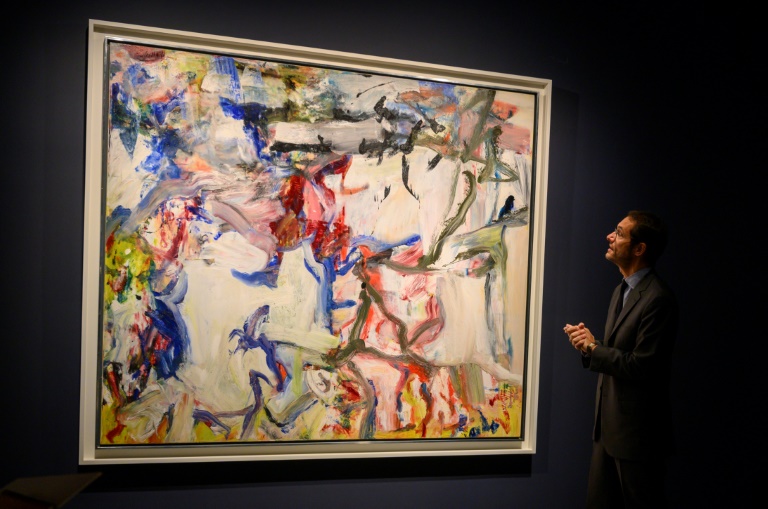 Sotheby's is on a similar quest.

This season it is offering "Charing Cross Bridge" by Claude Monet, estimated at between $20 and $30 million) and "Richard Gallo and his Dog at Petit Gennevilliers" by Gustave Caillebotte.

Neither have been at auction before.

"You can't even say it made this much 20 years ago. You can't anchor it to anything and you can't have any expectations of a ceiling," said Julian Dawes, head of evening sales at Sotheby's in New York.

"It's exciting. There's going to be price discovery," he added.

In addition to Ruscha, the Italian Piero Manzoni and France's Yves Klein, who all rarely make headlines, auction houses are diversifying their offerings.

Lee Krasner's "Sun Woman I" sold for $782,500 in 2011. On Thursday, it could reach ten times that price with a pre-sale estimate of between six and eight million dollars.

"There is an incredible enthusiasm and demand for female artists right now," said David Galperin a senior vice president at Sotheby's.

The sales will also feature African-American artists, among whom Jean-Michel Basquiat is no longer the only reference.

This season Charles White and Norman Lewis are expected to set new benchmarks at auction. 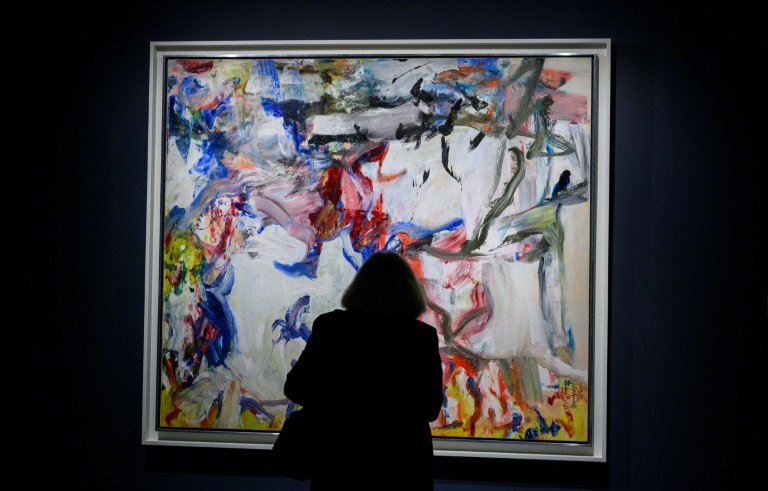 Less than a decade ago, they were selling for tens of thousands of dollars but could exceed $1 million this time.

"These are reappraisals. We're in this great moment of transformation right now and I think our sale reflects that," said Galperin.

Despite the lack of a superstar work of art and the threat of a global economic slowdown, Sotheby's and Christie's are entering the week with confidence.

"We keep waiting for it (a downturn) and it doesn't happen," said Julian Dawes a Sotheby's senior vice president.

"I feel a little bit of seller reluctancy in the market," because they feel they might not get the best price, "but the buyers are there," said Rotter.