Lee-Ann Liebenberg insinuated that her husband, Nicky van der Walt, had been unfaithful and he rebutted by crying 'postpartum depression.'

ENTERTAINMENT NEWS - South African model and mom of three Lee-Ann Liebenberg has announced that she will be taking a social media break after declaring her divorce on Instagram on Friday night.

Liebenberg had many worried and wondering if her account had been hacked when she announced the end of her 10-year marriage to businessman Nicky van der Walt.

She followed up her announcement by asking her followers to follow her new private account and posting an image of herself stating that she had not been hacked.

“I have not been hacked… Emily_Kark you can have him” wrote Liebenberg late on Friday evening. 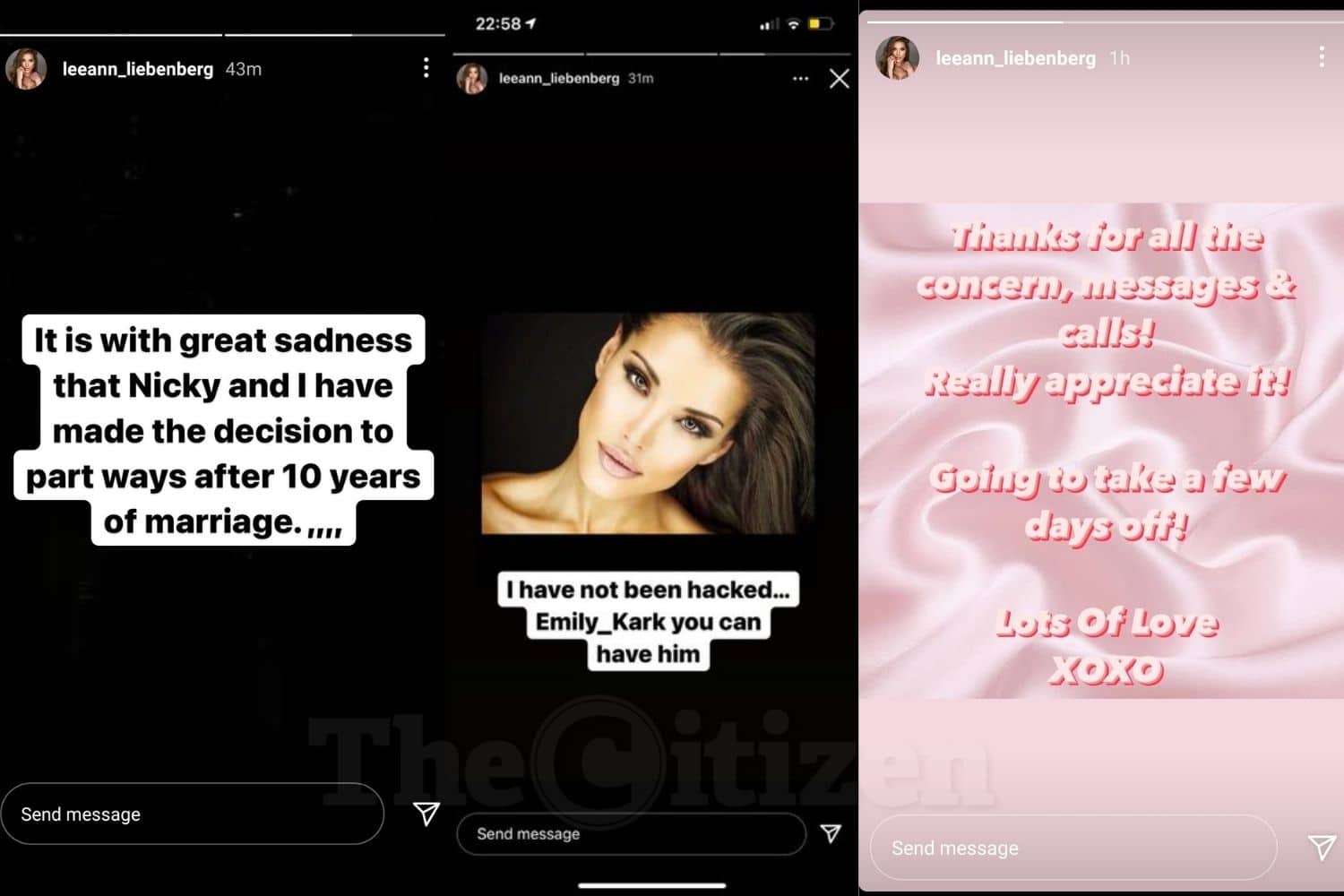 Her posts left social media in shambles as users scrambled to find out whether or not what she posted was true as well as who the woman she intended to tag was.

“In response to my wife’s post. I love her and my children dearly and with all my heart. We are not getting a divorce. Lee is suffering from deep PPD (postpartum depression) and all I can do is try be there for her for the best of my family whom I love and respect with my whole being. I ask everyone please to give us space to work through this and respect our family and pray for her to get better so we can put it behind us and focus on our beautiful children. Lee-Ann I love you with my heart baby @leeann_liebenberg Always and forever.” – Nicky van der Walt via Instagram

This was followed by Liebenberg deleting her initial Instagram stories and posting a vote of thanks for “all the concern, messages and calls.”

“Going to take a few days off!!! Lots of love, XOXO” wrote Liebenberg.

They had known each other for 8 years before they got married after being introduced to each other by friend Vannessa Carierra.

The couple have three children, the youngest being a three-month-old son named Jagger.

Jagger is the couple’s rainbow baby who was born after Liebenberg had a miscarriage.

Last month, van der Walt opened a brand-new Asian restaurant and bar named Tang and according to YOU Magazine, Liebenberg was by his side for the launch.