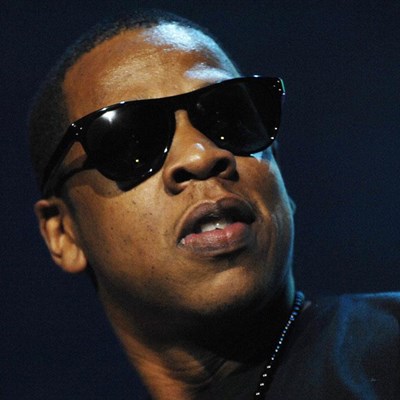 Jay Z
INTERNATIONAL NEWS - Samsung got its money's worth from Jay Z and Kanye West.

Two of rap's top stars combined for a powerful, hit-filled two-hour show Wednesday night and Thursday morning during South By Southwest, allowing Samsung to steal some of iTunes' luster at the annual music conference and festival.

Samsung announced the Austin Music Hall show early this week and scheduled the pair at the same time as the iTunes Festival's hip-hop night that featured Kendrick Lamar and ScHoolboy Q at the very nearby ACL Moody Theater. The performance came a few weeks after West called out Apple CEO Tim Cook at a New Jersey concert, telling him to "stop trying to get performers to play your festival for free, you are rich as (expletive)."

Chances are West and Jay Z didn't play the show for free, but the return on investment wasn't marginal. The show was one of the most anticipated surrounding the annual buzz-building gathering and fans with Samsung devices with the company's new streaming music service, Milk Music, were granted free entry.

Fans lined up several hundred yards around the block before the show with most having little hope of getting in. Those who did - including Odd Future's Tyler, The Creator, who forced his way to the front row to the delight of selfie-snapping fans and spent some of the show crowd surfing - were treated to an energetic performance from two of hip-hop's biggest stars.

They emerged individually atop two large boxes stationed on the stage and in the crowd - West wearing his trademark leather kilt and Jay Z in a black American flag t-shirt - and began the show near the rafters. They played selections from their "Watch the Throne" collaboration throughout, including "No Church in the Wild," "... in Paris," "Who Gon Stop Me" and "Otis" as images of Doberman pinschers, lions and tigers, great white sharks and gazelle-killing cheetahs flashed across a screen that wrapped around the stagebound box.

The pair, who recently announced a partnership between West's Donda Music and Jay Z's Roc Nation, each also played hits from their own lengthy catalogs. West, engaged and smiling and even occasionally trading high fives with the crowd, performed "Black Skinhead" and "New Slaves" from his latest album "Yeezus" along with older hits like "Jesus Walks" and "Runaway."

What they didn't offer was any clues about a sequel to their collaborative album "Watch the Throne," which is anticipated later this year.