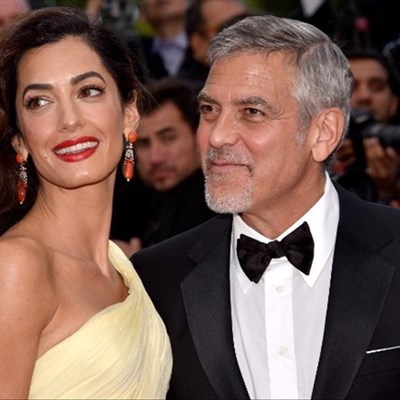 ENTERTAINMENT NEWS - Following the white supremacist rally in Charlottesville, Virginia, earlier this month, the couple and officials at their organisation the Clooney Foundation for Justice, which they founded in 2016, have partnered with executives at SPLC, a non-profit that tracks the activities of extremist groups operating across America.

“We are proud to support the Southern Poverty Law Center in its efforts to prevent violent extremism in the United States,” George and Amal Clooney said in a statement on the SPLC website. “What happened in Charlottesville, and what is happening in communities across our country, demands our collective engagement to stand up to hate.”

“Amal and I wanted to add our voice (and financial assistance) to the ongoing fight for equality,” they added in a statement obtained by Deadline.com. “There are no two sides to bigotry and hate.”

The statement appears to reference U.S. President Donald Trump’s comments days after the rally in which he said both the neo-Nazis and counter-protesters were responsible for the violence which broke out.

“Like George and Amal Clooney, we were shocked by the size, ugliness, and ferocity of the white supremacist gathering in Charlottesville,” said SPLC President Richard Cohen.

“It was a reflection of just how much Trump’s incendiary campaign and presidency has energised the radical right. We are deeply grateful to the Clooney Foundation for standing with us at this critical moment in our country’s fight against hate.”

Tim Cook, the chief executive of technology giant Apple, has also pledged to donate $1 million to the organisation in response to the rally and Trump’s comments.