Each story is an anecdotal account of a struggle to make ends meet, perseverance and then success.

ENTERTAINMENT NEWS - I happened to be visiting a hotel in Centurion one evening late last year when I walked in on the launch of this book, an occasion attended by a predominantly white audience.

I had already read it and was therefore well placed to ask informed questions. I did my best to sound good and the authors and audience were impressed by my charms.

Co-authors Ivor Price and Kobus Louwrens did a great job in this book.

For me, coming from a childhood farm background, I associated with many of the issues discussed and the anecdotal short stories of the hard work, failures and successes of individuals both black and white who love the land.

Humble beginnings for some who learned to farm from their parents and grandparents and the successful black farmer mentoring project initiated by Free State farmer Nick Serfontein and his Sernick project.

This was a story that fascinated me, and the long open letter he wrote to President Cyril Ramaphosa which moved the president to take action.

His story is testimony to the fact that many white farmers are committed to land reform. They are willing to assist black farmers develop and it shows that those few that oppose the process are just that – the few.

I read the story of Eastern Cape-born agricultural economist Wandile Sihlobo, who studied agriculture by default after his parents sent him to the University of Fort Hare to do a BCom (accounting).

His rural upbringing in the former Transkei also influenced his passion for agriculture when he participated in school poultry projects.

Anneliese Burgess personalised stories of farms that once thrived and then deteriorated in the north of the Eastern Cape farming belt. I know Anneliese personally and all the areas she spoke about used to be the jewels of Eastern Cape agriculture, including my birthplace, Stutterheim.

You will also be moved by stories of how women persevered, defying the odds and rolling up their sleeves to produce food for the country with no one to applaud their efforts in their small corners of the country. 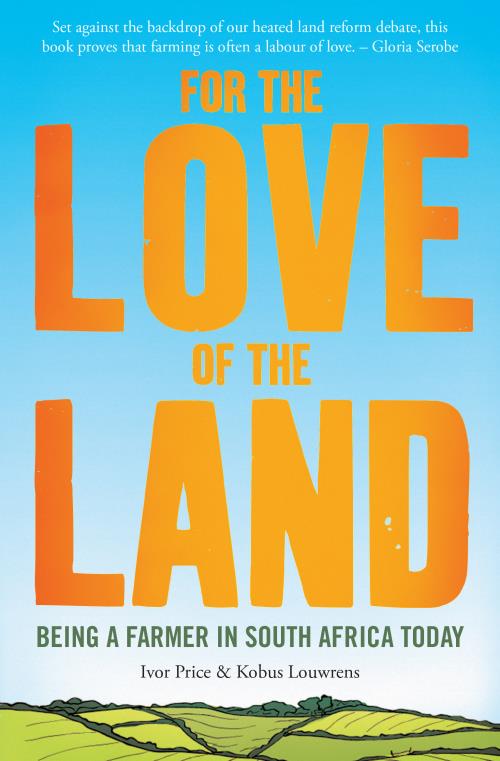 It’s all about the passion that appears on the pages of this book as these farmers tell their stories.

There are stories of unsung heroes of agriculture whose successes would otherwise not have been known, had Price and Louwrens not “walked” the hinterlands to gather them.

Lizemari de Klerk was inspirational in her dedication to agriculture, so was “dream girl” Dineo Boshomane in Limpopo, Sandile Ngidi in KwaZulu-Natal, Kosie van Zyl, Jacob and Magrieta Cloete and many others.

Each story is an anecdotal account of a struggle to make ends meet, perseverance and then success.

These events will dispel any reader’s initial expectation that the book is a manual on how to be a farmer as it’s about the real stories of sweat, suffering and success of committed individuals.

Other topics include the context of farm attacks and the deterioration of farming as the youth show no interest in inheriting their parents’ farms and continuing where they left off.

The deterioration of the rural corridor, the reduction of food production and farm attacks are a sad reality in our country, and Price and Louwrens view the problems from ringside seats.

Read more about: for the love of the land farmers entertainment