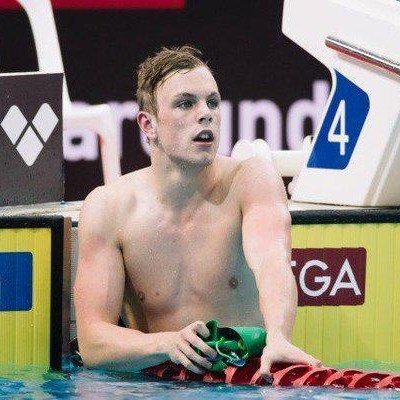 The 18-year-old, who was swimming in his school carnival earlier this year, stormed home to win in a junior world record of 47.58sec, 22-tenths of a second ahead of Belgian silver medallist Pieter Timmers' 47.80 with 2012 gold medallist Nathan Adrian of the United States third in 47.85.

Adrian said he'd never heard of Chalmers until he finished second at the Australian trials.

"I think I definitely flew under the radar," said Chalmers who won't be able to stay out of the spotlight now after an electrifying Olympic debut that saw him duck under the 48-second mark for the first time in Tuesday's heats.

He became the first Australian to win 100m free gold since Mike Wenden in 1968. Since then three Australians had finished second – Mark Stockwell in 1984, Eamon Sullivan in 2008 and James Magnussen in 2012.

"I actually had no idea about that," said Chalmers, who made the turn in seventh as Italy's Santo Condorelli led ahead of Adrian.

Chalmers made his move along with Timmers, who was fifth at the turn, to seize the win in a mass finish.

Amid the euphoria, he had a thought to spare for teammate Cameron McEvoy, who had established himself as the man to beat with a sizzling 47.04 in April but was relegated to seventh in 48.12sec.

"I don't want to celebrate too much because I know it would have been really hard for him tonight," he said.

As Chalmers put Australia back where they've long felt they belonged on the podium, Dmitriy Balandin was putting the swimming on the map in his home country – making Kazakhstan's first Olympic medal in the sport a gold in the 200m breaststroke.

"I'm very proud to win Kazakhstan's first medal and make history for my country," said the 21-year-old from Almaty.

Spain's Mireia Belmonte-Garcia rallied to win the 200m butterfly, improving on the silver she earned in London.

She caught front-running Australian Madeline Groves at the 150m mark, and finally got past her to touch in first in 2:04.85, just three-hundredths of a second in front.

Katie Ledecky anchored the United States to gold in the 4x200m freestyle relay, overtaking Australia's Tamsin Cook to bring her team home in 7:43.03.