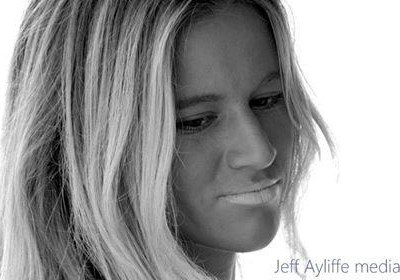 Bianca Buitendag. Photo: Jeff Ayliffe media.
SURFING NEWS - The Board of Directors of Surfing South Africa have confirmed the names of the surfers who have been selected to represent South Africa at the 2017 ISA World Surfing Games which will take place at Biarritz in France from May 20 – 28.

All eight of the surfers selected to represent South Africa at this prestigious event have impressive pedigrees. Bianca Buitendag is an acknowledged World Tour campaigner who has not only made a name for herself as a fearsome competitor in the water but is also a role model with a heart of gold. Although this Vic Bay local has represented South Africa at three World Junior Championships, this will be her first World Surfing Games.
Bianca’s teammate is her good friend Tanika Hoffman who has not only competed hard on the WSL World Qualifying Series for a number of years but has also represented South Africa at numerous World Junior Championships and World Surfing Games.
Hoffman, who won the Cape Town Pro last year, was an important member of the 2013 SA Team that made history in Panama in 2013 when they became the first South African team to win a World Surfing Games outside of South Africa.
Top seed Dylan Lightfoot has won a medal at a World Junior Championships in Peru and along with hard surfing Shane Sykes was in the South African team that competed in the 2016 World Games in Costa Rica, while 2015 SA Champion David Van Zyl was also a member of the SA Team that won the World Games in 2013.

New cap Brandon Benjamin first caught the eye as a 12 year old Western Province surfer. Over the years he has worked hard on his surfing, reaching the finals in the U20 Division of the SA Championships in 2015 and ending as runner up to the 2017 Team coach, Greg Emslie, in the 2016 SA Championships.
As a member of the Muizenberg based S.W.O.T Surf Club, Benjamin led his club to an historic victory in the National Interclub Championships at Seal Point, Cape St Francis just over a month ago and his call up to the National Team is well deserved and will be celebrated by his Club and the members of Cape Town Surfriders.
The extremely experienced Isaac February (Kommetjie, Western Cape) is the Team Manager and Surfing South Africa Coaching Director, Greg Emslie is the Coach. Surfing South Africa President Johnny Bakker will also travel to France during the World Games period to attend the important ISA AGM and meet with ISA President Fernando Aquerre and other ISA officials.
Read more on Surfing South Africa.