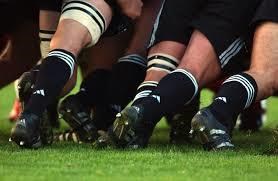 The Ireland national coaching group have selected a squad of 32 players – including South African born Richardt Strauss, CJ Stander and the uncapped Quinn Roux – to travel to South Africa in June for a three Test series against the Springboks.

The squad will depart for South Africa on Sunday 5th June and will be based in Cape Town ahead of the first Test at the DHL Newlands Stadium before moving to Johannesburg for the second Test at Emirates Airline Park. The third and final Test will take place in Port Elizabeth at the Nelson Mandela Bay Stadium.

Ireland Head Coach Joe Schmidt commented: “Touring South Africa will be arduous to say the least so we’ve attempted to prioritise players who are currently as close to full fitness as possible. In what is always a difficult balancing act, we’ve taken a long term view with a number of players who need a rest or will benefit from a full pre-season.”