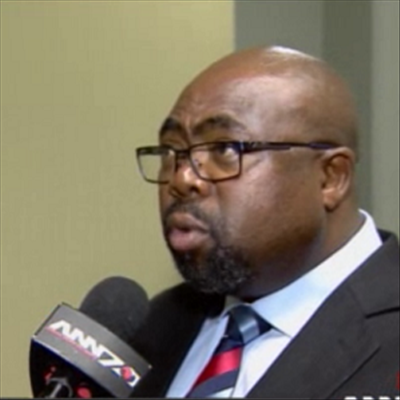 RUGBY NEWS - South Africa’s Sports Minister Thulas Nxesi said while the recommendation by World Rugby that South Africa should host the 2023 Rugby World Cup was not a formality, he expected the member countries of World Rugby to “follow the processes” to confirm South Africa as the host.

South Africa was named as the preferred host for the 2023 Rugby World Cup by an independent evaluation committee on Tuesday, bringing the country within touching distance of the rights to host the tournament.

But despite this recommendation, the country still will face an anxious wait until the governing body votes on November 15 to confirm the host of the tournament, with both the other two candidates - France and Ireland - vowing to fight on until the end.

Both Minister Nxesi and SA Rugby president Mark Alexander and CEO Jurie Roux said they didn’t expect the vote to go against South Africa, as it would raise some massive questions in terms of transparency and governance of the world body if it happened.

“There isn’t much we have to do, we just have to be proefessional and wait for those to take all the facts into consideration,” Minister Nxesi said.

“I won’t say it is a mere formality but what I know is if there has been a technical assessment and an evaluation, to deviate from that you would have to have very strong reasons. That is what I can say.

“The fact that it is two stages, we have to respect that and hope that the processes are followed properly.”

Saru President Mark Alexander said that the process set up by World Rugby was there to be independent, and it would make no sense if the organisation went against its own recommendation after the process all three candidates have been through.

“World rugby has paid a large sum of money to get independent consultants to look at the bids, and it would be very difficult to deviate from a recommendation from independent experts who they had appointed. The process was understood upfront by all the bidders and we said from the word go that we would respect that decision even if it went against us. World Rugby will respect the recommendation,” Alexander said.

“Also, bear in mind that World Rugby has made some significant governance changes in the last two years and is pretty transparent in their process. If you go back in the timeline of the process you would know that World Rugby has been very clear, transparently in terms of each and every date, every part of the process and even the criteria and the weighting of the criteria and who we were going to get to this result.

“Throughout this process, each and every one of the candidates, as well as the council, was reminded of the code of conduct and the governances of World Rugby. Even as late as yesterday we were reminded about all of that.

“We as South African rugby will run the moral high ground as we have done all along. We haven’t visited one individual union, we have only seen unions in groups or in regions and we have made our presentations along with government.

“I also believe it would be really tough for any governance groups there to make a decision against a recommendation, given the great process we have followed up to now, but that is still their prerogative. And each and every person in the council has a fiduciary responsibility that they have to execute. We will stick to that process and we will accept whatever the decision that will be made.

“We believe everybody understands their fiduciary responsibility and understands the governance and importance of a very transparent process as a whole and we would like to distinguish ourselves as a federation that follows those processes. We will stick to the moral high ground and accept whatever that decision is.”

Roux said South Africa’s history of hosting big events, as well as the excellent infrastructure was the main reason they edged out the other two candidates.

“Some of the other nations had a little bit more in terms of the commercial money available but in the end what pulled it through for us was definitely our stadia, our host cities and then our proven track record in terms of hosting international events.

“Even though we put forward a pretty good bid I think a lot of gratitude has to go to previous tournaments that have been hosted as well as all our provinces which continue to host international matches because that was a pretty big factor in terms of the declaration. For the rest you score pretty much equal and you can see there is a lot of detail of what the scores are. Once you hit the target of what the tournament fee is they give you an equal point for that and then it would be for the potential above that.

“I would generally say that infrastructure, great stadiums and great host cities and a proven track record of hosting great international events is what pulled it through for us, obviously along with the great guarantees provided by our government.”