Boks prepared for an aerial assault 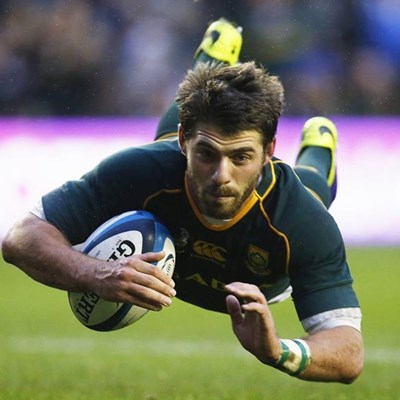 Willie le Roux. Photo: www.theguardian.com
NATIONAL NEWS - To hear some of the Springbok players talking about Wales this week was a tad ironic as it sounded very much like the way the opposition teams normally talk up the Springboks.

Among the collated highlights included how good the set-piece of the Welsh are, their big ball carriers and Sam Warburton at the breakdown, an aerial assault that is expected and a direct game plan, all of which can easily be applied to the Springboks.

Either way, while the game plan often is more complex than it is given credit for, there is no doubt that the Boks are facing a side that pride themselves on a direct approach and will try and test the Boks with some of their own medicine.

Willie le Roux didn’t have much to say in the week, but the little he did get in between Bryan Habana’s lengthy answers at the press conference perfectly summed up the way the Boks are preparing for their Rugby World Cup quarterfinal clash.

Le Roux admitted that the defeat in Cardiff was one of his worst memories in a Springbok jersey and that there was a keen desire to rectify it.

But he did let on the Boks are preparing for the Welsh to use the aerial battle more often than they would normally do to gain some sort of ascendancy.
Read more on SuperSport

22 %
Nearly, it seemed so believable