The official African qualifier for the 2020 Olympic Games is to be held in Eldoraigne from April 1 to 5.

Caitlin Rooskrantz (all-rounder, will be in action in all four items).

NATIONAL NEWS - The official African qualifier for the 2020 Olympic Games is to be held in Eldoraigne, Pretoria, from April 1 to 5.

The South African Gymnastics Federations (SAGF) recently hosted its African Championship trials in Gauteng. Gymnasts from across the country competed in the one-day competition on February 22 for a place in Gymnastics Team South Africa.

The team will represent the country at the 15th African Artistic Championships.

The following gymnasts qualified for the African Championship:

Women’s senior team (all from Gauteng): 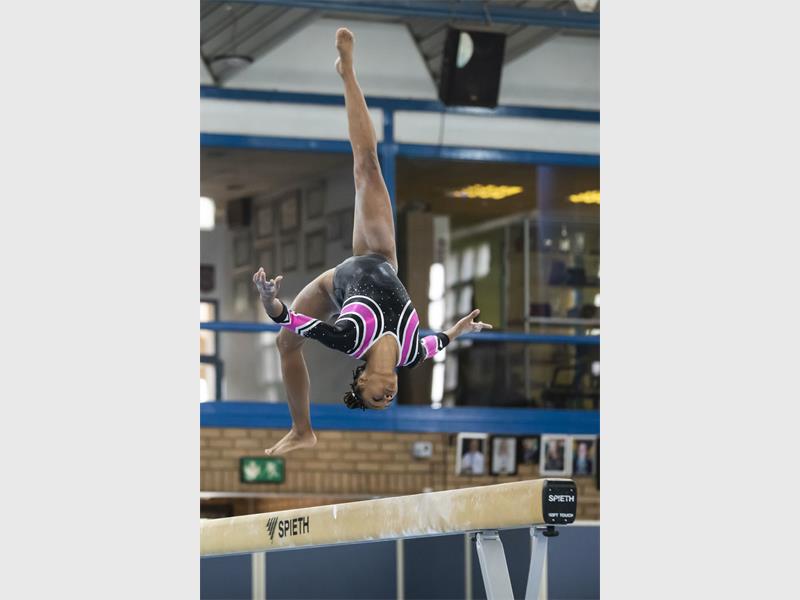 Mammule Rankoe (bar and beam) from Gauteng will represent SA at the Africa Championships. Photo: SAGF.

The South Gymnastics Federation (SAGF) will host the 15th African Artistic Championship from April 1 to 5 at the Matsport Centre in Eldoraigne. The event will start on April 1 at 6 pm with an opening ceremony followed by the junior and senior competitions from April 2 to 5.

The African Championship is a qualifying event for the 2020 Olympic Games in Tokyo later this year.

“We call on all South Africans to support Team South Africa at the upcoming African Championships in Tshwane,” said Anne Vermaak, CEO of SAGF.

“We’re going to see the best gymnasts from across the continent and we hope to see many supporters at the event.”