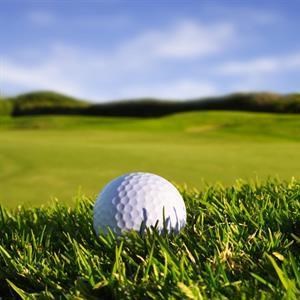 Generic Image.
INTERNATIONAL NEWS - Ian Poulter has been added to the field for the WGC-HSBC Champions in Shanghai this week after a bizarre turn of events concluded a whirlwind fortnight for the Englishman.

Ryder Cup talisman Poulter dashed halfway around the world two weeks ago to play in the Hong Kong Open after being nudged out of the world's top 50, the qualifying mark for WGC events.

It meant he hadn't qualified for Shanghai and would not therefore meet the minimum requirement of 13 European Tour events needed to keep his Tour membership card.

Only members can qualify for Europe's Ryder Cup team, so Poulter endured a 9 000-mile last-minute charge across 13 time zones from Florida to Hong Kong.

He finally turned up late on the eve of the event without a caddie and no time to practise, after former US PGA champion Rich Beem graciously gave up his sponsor's invite to play in the event.

Poulter subsequently fell short of the win he needed in Hong Kong to qualify for the WGC-HSBC Champions, Asia's richest tournament, and headed to last week's Turkish Airlines Open resigned to missing one of his favourite events in which he has played all 10 previous editions in China.
Read more on SuperSport.
Posted on: 09:10 Tue, 03 November 2015