Nick Faldo, the three-time Masters champion and now CBS TV analyst, was asked Monday if DeChambeau might become the first player in history to drive the green at the opening hole this week.

Power player: Bryson DeChambeau unleashes a huge drive down the 17th fairway during practice for the US Masters at Augusta on Monday.

INTERNATIONAL GOLF NEWS - The delayed US Masters, which will finally get under way Thursday with Tiger Woods defending the title he won 19 months ago, dominates AFP Sport's golf talking points this week:

Hold back Bryson, please
If bulked-up US Open champion Bryson DeChambeau manages to batter Augusta National into submission this week, then it could unleash unintended consequences.

Nick Faldo, the three-time Masters champion and now CBS TV analyst, was asked Monday if DeChambeau might become the first player in history to drive the green at the opening hole this week.

Given that the par-four opening hole is 455 yards uphill, "not bloody likely" was Faldo's typically forthright response.

"Bryson will not be driving the first at 445," Faldo declared confidently. "If he does, I will leap out my (commentary) tower and run around naked round Augusta National."

So, Bryson, on behalf of TV viewers around the world, please use the three-wood. 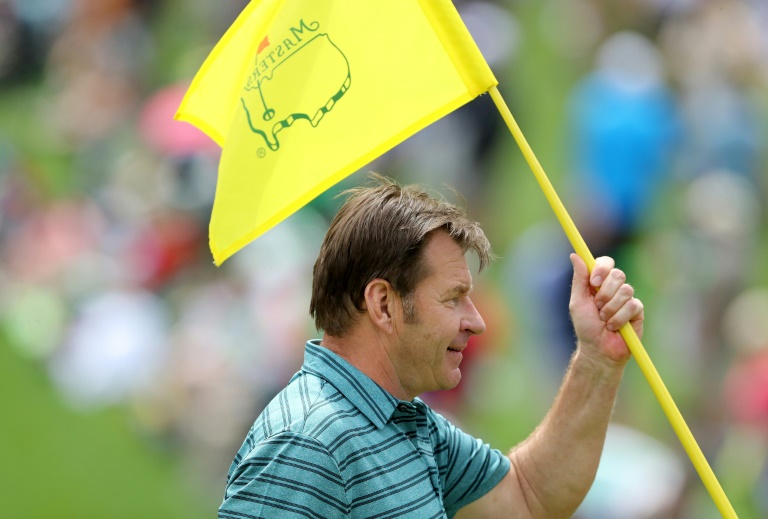 "Bryson will not be driving the first at 445," Nick Faldo declared. "If he does, I will leap out my (commentary) tower and run around naked round Augusta National."Schwartzel's four-minute warm-up
Charl Schwartzel's Masters warm-up didn't finish in the way the 2011 Augusta champion might have envisaged.

Needing a par three on his 36th hole at the Houston Open to make the cut on Friday, Schwartzel's tee shot in the final group in fading light could only find the green apron 81 feet from the hole.

By the time he reached his ball he reckoned it was too dark to carry on, and was the only player in the field who opted to wait until Saturday morning to complete his round.

But resuming at 7.11 am, his tournament lasted just four minutes longer. One chip and two putts later he was done, cut missed, and in a car to the airport for a flight to Georgia.

If the unexpected extra weekend of practice at Augusta National leads to a second green jacket, Schwartzel will be hoping the famous garment fits better than his first.

"They gave me a 38 regular. The jacket is too short for my arms and it is slightly too big for me," he told Golfweek recently. "I kept the original that they gave me at the ceremony. I've never changed it to the right size." 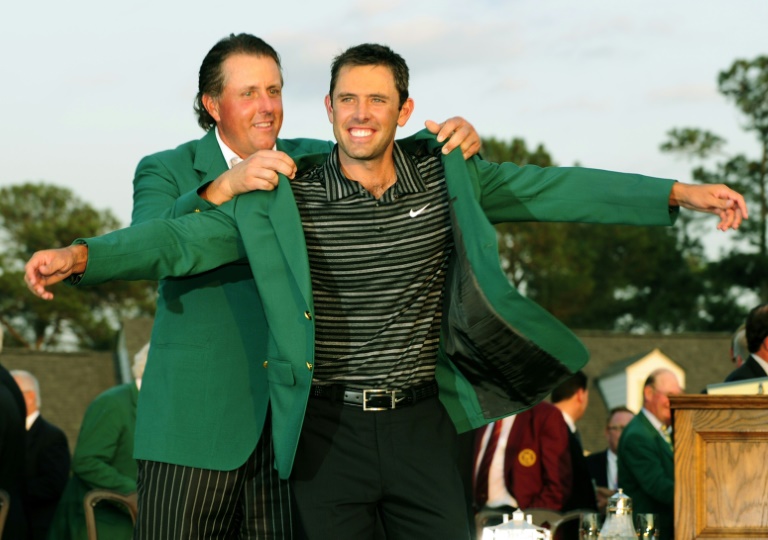 If the coat fits: The 2010 champion Phil Mickelson puts the green jacket on Charl Schwartzel after he won the 2011 Masters.

No fans, fewer players
Not only will there be no spectators, or patrons as Augusta National likes to call them, at this year's US Masters, there won't be as many players either.

The news in the last 24 hours that 2017 champion Sergio Garcia has joined young Chilean world number 42 Joaquin Niemann in testing positive for Covid-19 has reduced the field to 92 because, unlike other majors, the policy at the Masters is not to replace withdrawn players.

And the field could be whittled down to as few as 50 for the weekend. Previously anyone within 10 strokes of the leader was eligible to play at the weekend. Now that's been ditched and it will be just the top 50 and ties.

Last year, 65 players made it to rounds three and four, the most since the cut was introduced in 1957. There would have only been 56 without the 10-shot rule.

With fewer hours of daylight in November, it makes sense for organisers to restrict who makes the weekend this year. But the club made it sound like the change is here to stay.

"Beginning with the 2020 Masters Tournament," its official Twitter feed said, "the low 50 players and ties will qualify for the final 36 holes."

Empty Augusta: Tiger Woods, Justin Thomas, Bryson DeChambeau and Fred Couples stride towards a 18th green devoid of patrons during practice for this year's US Masters on Monday.