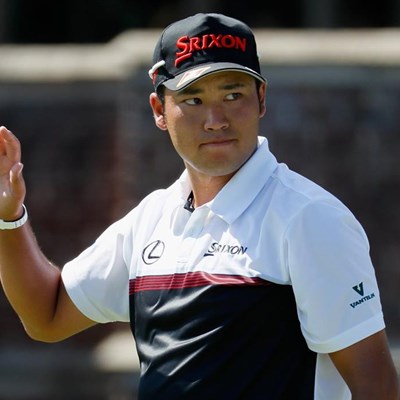 Japan's world No 5, winner of four of his last eight starts worldwide, has a more than solid record at TPC Scottsdale, where he has finished equal fourth, equal second and first in three appearances.

"I'm not really sure whether it's the course, but I do know that the tremendous galleries that we have here just invigorates me and gets me going," Matsuyama said this week as he prepared to launch is title defense on Thursday.

The "Greatest Show on Grass" is famed for its massive crowds – with some 600 000 spectators expected over the course of this week – as well as the party atmosphere epitomized by the rowdy thousands who flock to the 16th hole.

Some find it intimidating, but not Matsuyama, who can draw not only on his success here last year but also on his red-hot recent form.

After a fifth-placed finish at the US PGA Tour Championship to end last season, Matsuyama won the Japan Open and the World Golf Championships HSBC Champions in October, the Taiheiyo Masters in November and the Tiger Woods-hosted Hero World Challenge in the first week of December.

He also squeezed in a second place finish at the CIMB Classic before opening 2017 with a runner-up finish to Justin Thomas in the USPGA Tour Tournament of Champions in Hawaii in January.

He cooled a bit with 27th and 33rd place finishes at the Sony Open and Farmers Insurance Open, but hopes a return to Phoenix will turn things around again.

"I have played well the last six months or so,” the 24-year-old said.

"I didn't have real good tournaments at Sony and Farmers, so I'm a little reluctant to say I'm in top form. But hopefully coming back to the desert, especially here in Scottsdale, it revitalized me. Hopefully I'll be able to compete on Sunday for a repeat."
Read more on SuperSport