Brazil's (from L) Marcelo, Neymar and Paulinho attend a training session in Saint Petersburg on June 21, on the eve of their Russia 2018 World Cup Group E match against Costa Rica

FOOTBALL NEWS - Neymar's fitness will be under the microscope on Friday as Brazil try to kickstart their World Cup campaign, anxious to avoid the kind of pitfall that has left Argentina and Lionel Messi facing an early exit.

Paris Saint-Germain striker Neymar was subjected to rough treatment in a 1-1 draw against Switzerland, his first competitive appearance in almost four months, before hobbling out of the Rostov Arena.

The world's most expensive player then limped out of training session two days later with a sore right ankle, but Brazil coach Tite has confirmed he will start against Costa Rica in Saint Petersburg.

While Neymar sporadically showed flashes of his genius against Switzerland, he appeared to slow Brazil down at other times rather than keep the ball moving.

But Tite quashed rumours he has told the 26-year-old to play more in the team's best interests.

"Absolutely not. The information you got is not true," Tite responded to a Brazilian journalist. "All of the players have this responsibility of playing for the collective (good) and being individuals."

Thiago Silva will skipper the side as Tite continues his policy of rotating the captaincy, and the PSG centre-back admitted there is little margin for error.

"It's going to be a very difficult match given (Costa Rica's) loss in the first match, and a draw for us. There's pressure on both sides," Silva said.

"You must keep a cool head to play well and have a good performance." 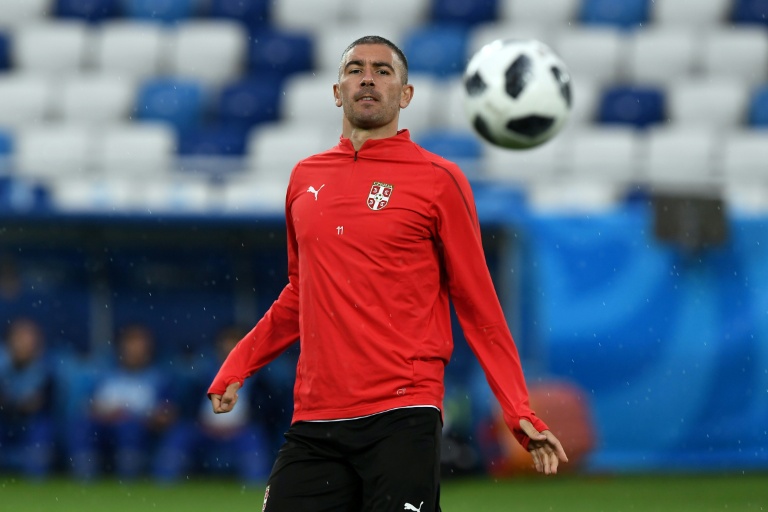 Serbia's defender Aleksandar Kolarov attends a training session in Kaliningrad on June 21, on the eve of their Russia 2018 World Cup Group E match against Switzerland.

The fate of Argentina and Messi is a timely cautionary tale for Brazil.

Argentina crashed to a 3-0 loss against Croatia on Thursday that leaves the two-time champions facing an uphill battle to qualify for the knockout phase.

Brazil's opponents on Friday, surprise 2014 quarter-finalists Costa Rica, were beaten 1-0 by Serbia in their first game in Group E, and another defeat would mean elimination.

Another surprise?
However, captain Bryan Ruiz is hoping his side can become the latest to slow down one of the tournament favourites to keep their adventure going.

"You've seen already there have been plenty of surprises," Ruiz said, although Brazil have won nine of 10 previous meetings with Los Ticos.

Aleksandar Kolarov's brilliant free-kick got Serbia up and running as they look to reach the last 16 for the first time since becoming an independent nation.

A win over Switzerland in their second game in Kaliningrad would guarantee Serbia a place in the knockout stages, regardless of the outcome of their final group match with Brazil.

"It's very important that we have these three points in the bag, but it's not over, Switzerland will be the hardest match," said Kolarov.

Swiss coach Vladimir Petkovic vowed to keep faith with the rugged approach that frustrated Brazil as they look to apply the brakes on Serbia's Sergej Milinkovic-Savic and Nemanja Matic. 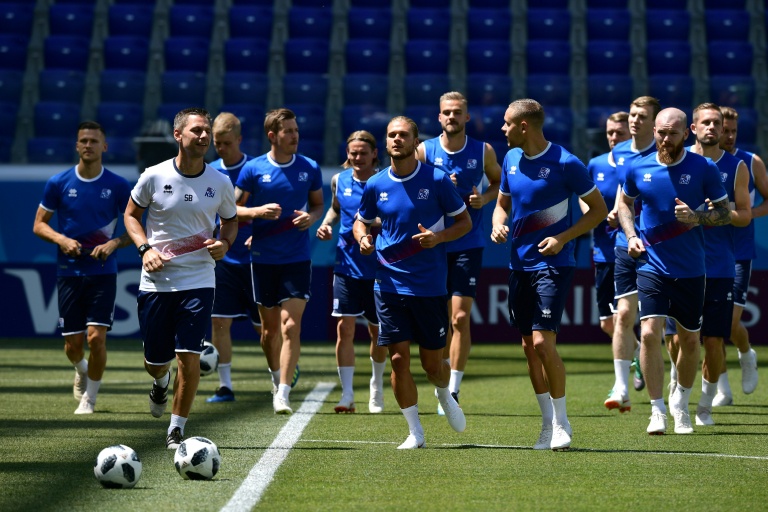 Iceland's players take part in a training session in Volgograd on June 21, on the eve of their Russia 2018 World Cup Group D match against Nigeria.

"I will speak with the players and tell them we've had a great match against Brazil but that's not enough. We have to give our best and we want to win the match," Petkovic said.

In Group D, Nigeria must raise their game against Iceland after a 2-0 defeat by Croatia to avoid being dumped out after just two games.

The game carries added significance for Argentina, who will be hoping Nigeria can claim a win to improve their chances of remaining in the tournament.

Nigeria coach Gernot Rohr batted back a question about his job possibly being on the line were the Super Eagles to suffer a similar fate as African rivals Egypt and Morocco.

Iceland coach Heimir Hallgrimsson was equally as bullish, after his team held Argentina to a 1-1 draw, and said the World Cup newcomers "expect to win".