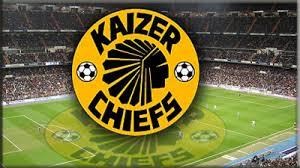 NATIONAL NEWS - While Kaizer Chiefs continue to blaze a trailthrough the Premiership uncontested, coach Stuart Baxter is plotting a way to keep his player's mental focus in check.

With the Amakhosi having proven by some margin that they are the best team in the league so far, Baxter knows that the home-stretch remains some way off.

"There is still a long way to go before we can start celebrating because nothing has been won yet," Baxter said.

In the comprehensive victory at the mecca of football in the country, Chiefs put on a show in the second half that put their foes to the sword.

Victory came courtesy of goals from Siphiwe Tshabalala in the 51st minute and Siphelele Mthembu in injury time.

Baxter said their joy would be short-lived as they would turn their attention to their next match against Platinum Stars on Tuesday.

"Obviously we are very pleased with the derby win. But we have another tough game around the corner and we have to make sure we are ready for it."

While Chiefs are revelling in the splendour of an impressive run of form, Pirates are still searching for their silver-lining.

With their former coach Vladimir Vermezovic having abandoned ship on the eve of the derby and dealing with the trauma of captain Senzo Meyiwa, who was shot dead in late October -- the players have had a challenging season to say the least.

Against their old foe, the Buccaneers could not muster enough of a resistance to overcome the Chiefs freight train.

Chiefs are unbeaten in the league so far in 14 matches -- having won 11 and drawn three.

Chief' Tshabalala operated like a maestro in the midfield that the Pirates defence could not contain. The tricky winger and his teammates exploited the open spaces left by the disjointed Pirates defence.

A cagey first-half was followed by an exhilarating second that saw Chiefs shift gears and show their superiority.

The game came to life in the second half after the pep-talks from the coaches at the interval.

Chiefs came out strong, with the intention to outplay their arch-rivals with a hard running style of play.

Tshabalala, Bernard Parker, Mandla Masango and Reneilwe Letsolonyane exposed the Pirates defence with their fluid play off the ball into dangerous spaces.

Caretaker coach Eric Tinkler, who took over from Vermezovic, was thrown into the deep end with a tough first assignment being the derby.

Tinkler admitted that these were trying times for the team.

"We have come through a very rough period of a month and a half, the morale of the team has been very low," Tinkler said.

"The confidence has been very low and it was important that we try to turn that around."

Tinkler felt that his team's lack of firepower allowed Chiefs to get settled into the game.

"Chiefs are a well oiled machine and they have been playing well in the last couple of months.

"They have been creating a lot of chances and I felt they found a lot of pockets in our defence. At half time I also spoke about closing those spaces."

With less than a week on the job, Tinkler said his task was to get the team to turn over a new lease on life.

"Now what's left is to work hard at training to try and improve that morale and spirit and the belief, confidence that is currently lacking in the squad. It is important we bounce back as soon as possible."