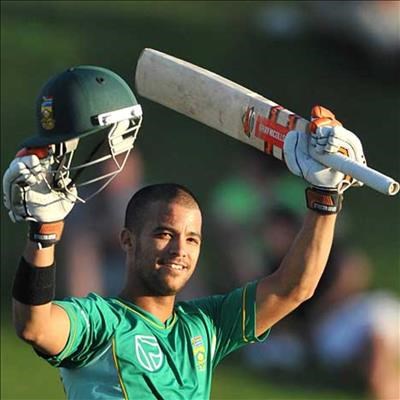 CRICKET NEWS - The WSB Cape Cobras and Warriors are both hoping to use their most recent Ram Slam T20 Challenge outings as springboards that will help contend for semifinal positions ahead of their showdown at Eurolux Boland Park in Paarl on Wednesday.

The hosts enjoyed an excellent past weekend, which began with victory over the bizhub Highveld Lions at the same venue last Friday and ended with a win over the VKB Knights at PPC Newlands in Cape Town on Sunday.

Both results came on the back of a hat-trick of defeats from their opening three matches and captain JP Duminy hopes their campaign can now get going.

“It definitely was (a launchpad for us),” he said. “It’s a big morale boost for us as a team after we had a tough two weeks in the first three games, so it’s always good to build a little bit of momentum.”

All three of their losses were on the road and they have looked much more comfortable back in the Cape. A capacity crowd turned out to get behind them in the Boland and also in the double header in the Mother City and Duminy wants similar support on Wednesday.

The Warriors too have endured a difficult start to 2017/18. Finalists last season, they lost the first two games, had a washout in Durban and then suffered another loss at the hands of Knights last Friday meaning they were winless after four.