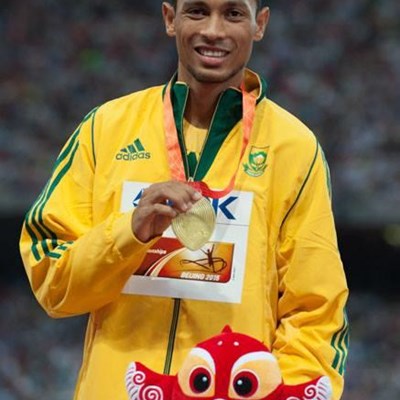 Wayde van Niekerk. Imgage: Roger Sedres/Image SA.
NATIONAL NEWS - The cream of South Africa’s athletes will be in action at the Diamond League Meeting in Zurich on Thursday.

Van Niekerk, who set the world alight with his winning time of 43.48 seconds in the World Championships finals, will be challenged by LaShawn Merritt (US), who was second in 43.65s and Kirani James (Grenada), who was third in 43.78s.

The Beijing final was certainly one of the fastest 400 metres races in athletics history. The South African’s time put him 4th on the IAAF All Time List, Merritt’s time ranks 6th and James’s time 8th.

But they won’t be the only fast men who will contest the 400 metres on Thursday. Isaac Makwala (Botswana), who ran a time of 43.72s earlier this season (putting him 7th on the All Time List) will also compete. The Botswana athlete was 5th in the final. This means that four of the fastest 400 metres athletes ever will be competing against each other for victory.
Read more on SuperSport.