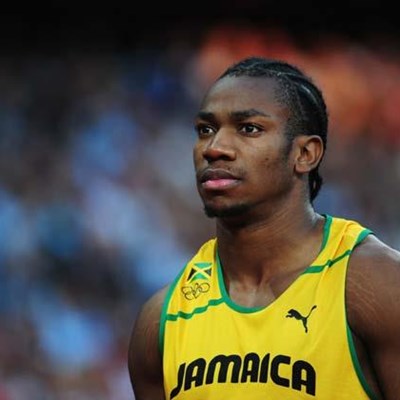 Launched by world athletics' governing body, the IAAF, to increase the appeal of track events to a younger audience, the relays (4x100, 4x200, 4x400, 4x800 and 4x1500m) promise to throw up a high-octane, drama-filled competition.

The IAAF has certainly not messed about with planning.

The 15,000-seater Thomas A. Robinson stadium in the Bahamian capital is a sell-out for the weekend's action, and there is a total prize purse of $1.4 million on offer for the 600-plus athletes from 43 countries, with $50,000 going to winning teams and a further $50,000 paid out for new world records.

Importantly, and perhaps underlying the strength in depth on show, the top eight teams in both the men's and women's 4x100m and 4x400m will automatically qualify for the 2015 IAAF World Championships in Beijing.

Usain Bolt will not make the trip as he rehabilitates ahead of a return to the track next month, and Veronica Campbell-Brown is also an absentee, but Jamaica have otherwise named their strongest sprint team.

Kenya look set to be going for record breaking in at least the 4x1500m relay, with Asbel Kiprop named in an impressive middle-distance team.

Fraser-Pryce, who skipped this week's Diamond League in Shanghai after picking up a shin injury, is entered for both the 4x100m and 4x200m.

The "Pocket Rocket", the reigning two-time Olympic sprint champion who also claimed world 100m gold in Moscow last year and world indoor 60m gold in Sopot in March, was the anchor of Jamaica's championship-record-setting 4x100m relay team in the Russian capital, the second-fastest of all time at 41.29sec.

She also led off Jamaica's silver medal team at the London Olympics, bested there only by the United States team's 40.82 world record run.

In Bolt's absence, Blake heads up an incredibly strong Jamaican men's 4x100m squad including Nesta Carter, Michael Frater and Kemar Bailey-Cole, with competition likely to come from a Mike Rodgers-led USA, a Christophe Lemaitre-inspired France, as well as Canada, Trinidad and Tobago, and hosts Bahamas.

Blake, the second fastest man in history and the 2011 100m world champion, will arrive in good form having won the 150m in Manchester and will be seeking to further Jamaica's recent global dominance in the shortest relay, the country having won the past three world titles, the past two Olympic titles, and set the world record (36.84).

His team-mates Warren Weir and Nickel Ashmeade will head up a squad aiming to set a new 4x200m relay world record, although the US team featuring Walter Dix will also count on being there at the finish line.

The Kenyan quartet of Mercy Cherono, Irene Jelagat, Ann Karindi Mwangi and Perin Nengampi set a world record in the 4x1500m only last month, although Nengampi has now been swapped for 2012 world indoor champion Hellen Obiri, who set an African 3000m record in Doha this month.

The men's 4x1500m, on paper, is perhaps the field with most depth in Nassau.

But it is also the only relay Ethiopia are contesting, and they have a loaded squad in Aman Wote, Chalachew Shimels, Mekonnen Gebremedhin, Soresa Fida and Zebene Alemayehu, with both Wote and Gebremedhin having clocked sub-3:32 personal bests and claimed world indoor medals.

Bahrain might also be in the running, with 2009 world champion Yusuf Saad Kamel and Rashid Ramzi, the Moroccan-born runner who was stripped of his Beijing Games 1500m gold medal for doping.

The beauty of the relay format is that it also throws up teams rarely seen on the world scene, such as a Kenyan 4x200m men's team or a Bermudan 4x800m outfit.