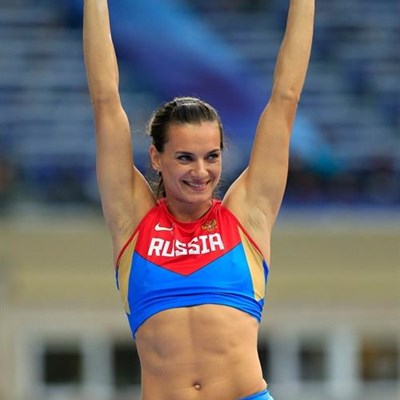 The 34-year-old Isinbayeva, who retired after Russia's track and field team were banned from competing at this year's Olympics in Rio de Janeiro, was selected following a first session of the Council held in Moscow, Rusada said on its website www.rusada.ru.

"I am grateful for the faith my colleagues have shown," Isinbayeva said.

"We all understand that the fight against doping is one of the most important questions in world sport. Regarding how effective this fight will be depends on when Rusada can get its status back," she added.

In November 2015, an independent World Anti-Doping Agency (Wada) commission said Russia had systematically broken anti-doping rules.
Wada subsequently revoked the status of the Moscow Anti-Doping Laboratory and stated that Rusada did not comply with Wada standards.

Isinbayeva was among 67 Russian track and field athletes ruled out of the Olympics in Rio by the International Association of Athletics Federations (IAAF).

She is one of four candidates bidding to become president of the All-Russian Athletics Federation (ARAF) in a vote on Friday.

Russian media reported that Isinbayeva, who won gold at the Athens and Beijing Games, is the frontrunner to get the job.
Source: SuperSport