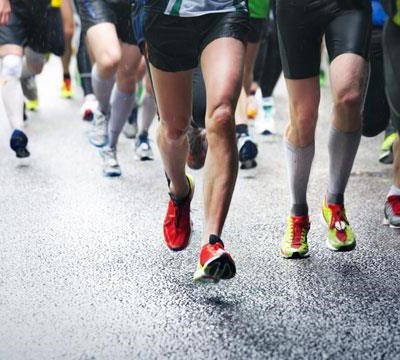 (Generic image)
INTERNATIONAL NEWS - The IAAF launched the two-day World Relays as what it claimed was part of the sport's necessary evolution, and the innovative gamble came up trumps after a hugely successful inaugural event.

Played out in front of near-capacity 15,000-strong crowds in tropical weather at the minted Thomas A. Robinson stadium in the Bahamian capital, athletes put on a show not to be forgotten.

There might not have been Usain Bolt, but there were three world records, one in the 4x200m by the Jamaican sprint squad anchored by Yohan Blake, breaking the previous best set in 1994 by a US quartet including Carl Lewis.

The Kenyans touched down in Nassau with two world records in mind, both in the 1500m. And they did not fail, smashing both, the men by 14 seconds and the women by a whopping 32 seconds.

It was traditional powerhouses the United States who won the "golden baton" by topping the medal table, winning five of the 10 events, only two of which, the 4x100 and 4x400m relays, are included on the world and Olympic calendar.

The event and host country both got glowing reports from Lamine Diack, president of the International Association of Athletics Federations (IAAF).

"The IAAF's faith in the innovative IAAF World Relays, a new event with a new presentation concept and The Bahamas ability to deliver a top global sports entertainment product have been richly rewarded this weekend," said Diack.

"In the 'sun, sea and sand paradise' that The Bahamas markets itself, we have experienced a true sporting paradise which has excelled beyond our expectations.

"The people have embraced the IAAF World Relays and the noise of their support will be left ringing in our memories for many years to come."

The atmosphere engendered in the stadium, aided by a vibrant military brass band and carnival dancers, and sometimes found woefully lacking in other major meets was also hailed by numerous athletes.

Local hope Christine Amertil added: "The crowd was cheering all the way around and it was beautiful."

"The crowd was amazing. It almost seems as though the crowd is Bahamian and Jamaican, but I love the energy of the crowd. I'm really looking forward to coming back next year," said Jamaica's Natasha Hastings.

Anyika Onuora, part of Britain's silver medal-winning 4x200m team, said: "I would like to speak to the organisers, the IAAF, so they can have all competitions held here in the Bahamas. This place is just so amazing."

The Bahamas are trying to boost their sports tourism image and were quick to volunteer to host the World Relays, which also meant stumping up $1.4 million in prize money.

"You're always asking when we will introduce new events," Diack said. "We looked for new event hosts and The Bahamas was ready.

"We were considering 2015, but the local organising committee said they were ready for 2014."