PROPERTY NEWS - The national lockdown has shifted many buyers' preferences, with many seeking more space and moving to homes further removed from city centres in scenic parts of the country. For many, this means that the opportunity to own pets has finally arrived.

Before homeowners go ahead and purchase pets, there are certain legal requirements they ought to take note of.

According to the Animal Protection Act of 1962, anyone who does not adhere to the regulations set out by the Act and its by-laws may receive a fine of up to a R4 000, and could even face imprisonment for a period of twelve months.

"Each provincial municipality stipulates its own regulations around pet ownership, so it is important to know the legal requirements of pet ownership in your city before you bring a pet into your home," advises Adrian Goslett, regional director and CEO of RE/MAX of Southern Africa.

Across all regions in South Africa, animal cruelty in terms of housing any animal is defined by the Act as: "affording inadequate shelter, light or ventilation in which such animal is excessively exposed to heat, cold, weather, sun, rain, dust, exhaust gases or noxious fumes". The act also specifies that "making adequate provision for suitable food, potable water and rest" for the animal is a minimum requirement for pet ownership.

It explicitly disallows an animal to be confined by "chains, tethers or secures [...] unnecessarily or [...] in such a manner as to cause that animal unnecessary suffering" in such a way that is described as cruelty above.

"For future pet owners, this means that if the pet sleeps outside, then the homeowner needs to provide adequate shelter for it. Most kennels do not offer great protection against the elements. Building an awning and tucking the kennel into a corner underneath the roof is a great way to add an extra layer of protection against rain, wind, and sunshine. As a bonus, the addition can also add value onto your home," explains Goslett.

The act also prevents homeowners from keeping a pet tied up to a tree or any other tether for extended periods. "When entertaining guests outside, it is preferable to install a fence around a part of the garden that will give your pet enough space in which to run around outside while you spend time with your guests," Goslett advises. Photo by Sara Kurfeß on Unsplash

Each region will have its own by-laws around the number of pets a homeowner may have.

In the interest of public health and safety, if you want to keep a pet other than the usual suspects (cats, dogs, fish, birds, rodents), you will need to receive a permit by the relevant city council before you are allowed to keep it in a residential area.

"Homeowners need to make every effort to abide by the laws set out by their local municipality. Many body corporates rule against pet ownership in residential estates and complexes, which makes freehold homes often more desirable for pet-lovers. Yet, even in a freehold property, if a neighbour lays a complaint against you, it is best to be certain that you have abided by every legal requirement," Goslett concludes.

In the interest of public health and safety, if you want to keep a pet other than the usual suspects (cats, dogs, fish, birds, rodents), you will need to receive a permit by the relevant city council before you are allowed to keep it in a residential area. 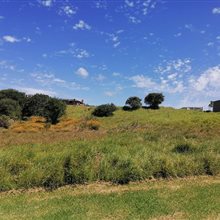