Trump walks away from Syria -- and Republican allies

US President Donald Trump has angered even his own Republican allies with the Syria pullout decision.

POLITICAL NEWS - Donald Trump's abrupt reversal of policy in Syria plunged his presidency into even deeper isolation Monday, right when the ex-real estate tycoon needs all the allies he can get to defeat impeachment.

The White House issued a late-night statement Sunday that it was effectively abandoning the Kurds who did most of the fighting alongside US forces to drive Islamic State extremists from northern Syria.

Trump defended this in tweets Monday as part of his longstanding wish to end US military entanglements in the Middle East, or what he branded "ridiculous Endless Wars."

The US pullout from Turkish border areas will allow Ankara, which has spent decades fighting Kurdish guerrilla groups, to launch cross-border operations.

And it weakens the US hand in the broader chess game of Syria's civil war, involving Iran, Russia, European powers and Israel.

In a sense there should be no surprise.

Railing against the costly occupations of Iraq and Afghanistan and - despite his bellicose rhetoric - holding off from military strikes against Iran, Trump believes he is responding to public fatigue over seemingly intractable conflicts.

"The United States was supposed to be in Syria for 30 days, that was many years ago. We stayed and got deeper and deeper into battle with no aim in sight," Trump said in one of his Monday tweets.

But even if Trump argues he has his finger on the pulse of public opinion, his latest sudden shift prompted rare bipartisan outrage among decision makers in Washington. 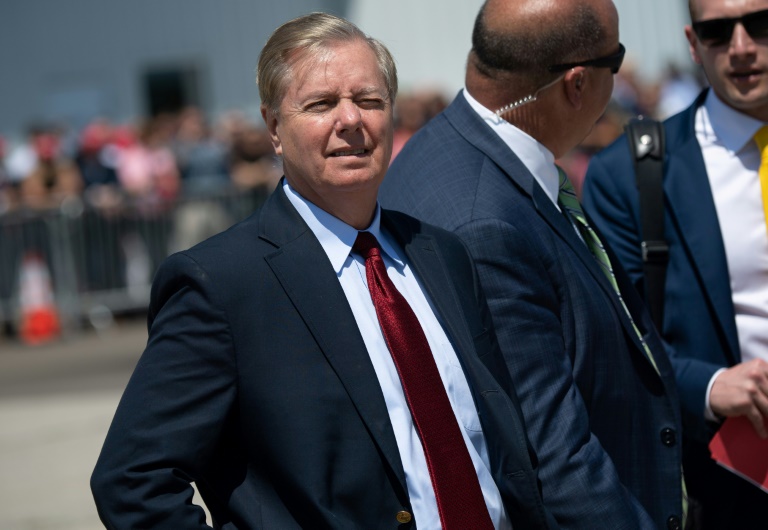 Facing impeachment over his attempts to get foreign countries to dig up dirt on Democratic presidential challenger Joe Biden, Trump's political survival depends on his Republican majority in the Senate.

So amid all the domestic and foreign backlash at Trump's Syria decision, the voice that stood out was that of Senator Lindsey Graham, the Republican chairman of the upper house's judiciary committee.

Calling the move "a disaster in the making" and "a stain on America's honor," Graham warned of a Senate resolution demanding the White House change track.

"It will receive strong bipartisan support," he said.

The latest controversy adds to a chaotic stream of foreign policy decisions that have already unsettled both the Washington establishment and allies abroad.

In September, Trump made the stunning announcement that he'd been on the verge of meeting Taliban guerrilla leaders to cap months of mostly behind-closed-doors negotiations on a US military exit after two decades of war.

Instead, Trump said in the same statement - posted on Twitter - he was canceling those talks entirely.

Trump has also kept the world on tenterhooks over his intentions in Iran, where he has given repeated mixed signals ranging from desire for historic talks to threatening war.

But the Syria drama has touched an especially sensitive nerve.

Many US politicians worry at what will be seen as a win for Iran, Russia and Turkey - a NATO member but an increasingly problematic ally.

Trump's announcement followed closely on from a call from President Recep Tayyip Erdogan, who has long pushed for a green light to attack Kurdish militias on the Syrian side of the border.

US allies in Europe are also bracing for fallout, with EU spokeswoman Maja Kocijancic warning of "massive" flows of refugees.

Trump, though, is banking on what he sees as the importance of sticking to his "America first" ideology and ending the long-standing belief in Washington that the United States needs to lead around the world.

"Turkey, Europe, Syria, Iran, Iraq, Russia and the Kurds will now have to figure the situation out," he said. "We are 7000 miles away."