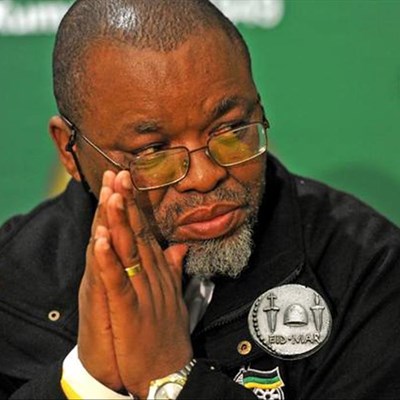 POLITICAL NEWS - The African National Congress has a clear plan on how it intends to reclaim the Western Cape from the Democratic Alliance.But for now, the party's secretary general Gwede Mantashe doesn't want to say what it is.On Monday afternoon, party officials concluded a second round of talks to come up with a plan.Present were members of the ANC's national working committee, its provincial executive committee, its new ANC Cape Town regional task team, and disaffected leaders of the metro who lost their positions after the PEC disbanded the Dullah Omar (Cape Town metro) region's leadership structure in June."We have a clear view on what we want to do,"Mantashe said as ANC NWC members like Chief Whip Jackson Mthembu and former tourism minister Derek Hanekom left the Fire and Ice hotel in the Cape Town city centre.Mantashe did not want to reveal more, as the plan still had to be presented to the ANC's national executive committee later this week.The focus would be on revitalising the ANC to reclaim the province from the DA in the 2019 general elections.While the party leaders were thrashing out how to heal divisions in the province's ANC structures, a group of about 50 people - mostly women - sang and danced outside the hotel. Some rolled their hands - a gesture used to indicate they want a change of leadership.They said they had come to support the PEC and its decision to disband the Dullah Omar region's leadership.Police in riot gear kept an eye on the group, who were kept away from Cabinet members’ black SUVs and luxury sedan by yellow police tape.Read more on News24