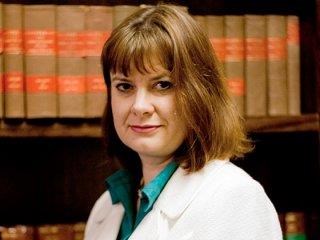 "I did make absolutely sure [of] that because I had two vacancies, and because I knew you would be like a pack of bloodhounds," Zille told reporters when introducing the MECs at the provincial legislature.

"I chose two people who happened to be born with x-chromosomes."

Associate Prof Nomafrench Mbombo would take up the cultural affairs and sport portfolio. Mbombo was an academic in the community and health sciences facility at the University of the Western Cape.

Debbie Schafer was put in charge of the education portfolio, replacing Donald Grant who moves to transport.

Schafer had served as Democratic Alliance MP since 2009, and a city of Cape Town councillor before that.

Zille said a woman, Sharna Fernandez, was elected speaker of the provincial legislature.

"Obviously, them being women is important to get diversity of gender but they are appointed primarily because they are good at what they do," Zille said.

"We now have 200 percent more women than we did before," she said, to laughter from journalists.

The DA leader was re-elected premier after receiving 27 votes in the provincial legislature on Wednesday morning. She easily beat the 14 votes for provincial African National Congress leader Marius Fransman. One ballot was spoilt.

Commenting on gender representation, Zille said she always thought about the most vulnerable person whose life could potentially be changed by government officials.

She said choosing a team on gender alone would probably not serve the weakest and most needy citizens. At the same time, she recognised that a diverse team was needed in a diverse country.

Pointing to the eight male MECs seated around her, she said: "The bottom line is that every single one of those men worked as hard as they could, put their backs into this job, and made a difference to the people.

"I was certainly not going to fire anyone because they are a man. I don't do that kind of thing."

She said eight MECs were returning, two of whom were in new portfolios.

Former transport MEC Robin Carlisle and agriculture MEC Gerrit van Rensburg would not return because they were retiring.

Zille paid tribute to them and said they had served terms of great distinction.

She announced a new combined portfolio -- that of agriculture, economic development, and tourism, to be headed by Alan Winde.

She said economic development had been separated from finance because the first looked to an external process and the second to the internal finances of government.

The departments, however, would still remain separate.

"The two biggest backbones of our economy are agriculture and tourism."

Zille said she was trying to eradicate the outdated image of agriculture as an old farmer sitting on his stoep drinking coffee.

"We need to translate what is produced on farms into agro-processing.

The MECs will be sworn in by Western Cape High Court Deputy Judge President Jeanette Traverso on Monday.