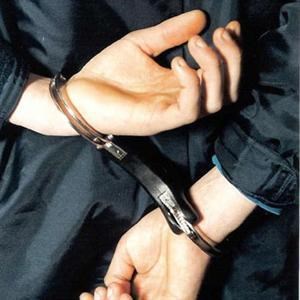 Thirteen activists were arrested Tuesday on their way to Swaziland's main city Manzini, where they planned to lead a banned march against King Mswati III, Africa's last absolute monarch.

At around 8:00 am (0600 GMT) police stopped a mini-bus transporting several key protest organisers as they headed to Manzini.

Muzi Mhlanga, of the Swaziland National Association of Teachers, a driving force behind the protest, was speaking to AFP by telephone when he was stopped at one of the many police roadblocks around the capital, Mbabane.

He said "10 police officers with batons" had taken them out of their vehicle. He then said he and 10 other activists were being taken to police headquarters.

According to Mhlanga, police early Tuesday also detained Sipho Kunene and Vincent Ncongwane, top leaders of the Federation of Labour.

Earlier, Mhlanga told AFP he feared police intimidation would prevent many from reaching the protest.

"Some of them are calling to say how safe is it but we have told them to come. We can't guarantee anything at the moment," Mhlanga told AFP.

The protest has been called by a coalition of civil society and trade unions marching under the banner of the Labour Coordinating Council. They have been battling a government ban on the march in the courts.

Police commissioner Isaac Magagula says the police, the army and correctional services are ready to face down "evil" protesters.

"Such evil will not be tolerated," he said in the Times of Swaziland.

Unions are at the forefront of the protest calls because political parties are banned in Swaziland.

Last week the national organiser of the banned Swaziland Youth Congress, Mcolisi Ngcamphalala, said he was held and tortured by police for 24 hours.

Unions are calling for three days of protests starting Tuesday in Manzini.

Last week Prime Minister Barnabas Dlamini declared the demonstrations illegal and warned that anyone who took part did so at their own risk.

75 %
No, will be homeschooling